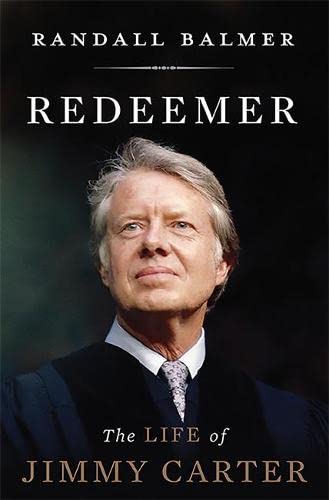 And the fate of progressive evangelicalism.

Shirley Hanson had little interest in politics. The suburban Minneapolis homemaker was committed to her family, serving in her local community, and, in particular, serving in her evangelical church. Aghast at the excesses of the late 1960s and early '70s, she voted for Richard Nixon in 1968 and 1972 but then was disillusioned by the Watergate scandal. As the 1976 presidential election approached, she became intrigued with a relative new-comer to national politics, Jimmy Carter. The manner in which his faith was so much a part of his identity compelled her to think anew about her interest and possible involvement in politics.

When her three children returned to school that fall, Hanson went door-to-door in surrounding neighborhoods to generate votes for Carter. She then watched with considerable satisfaction that November as the peanut farmer from Plains, Georgia, was elected as the 39th President of the United States.

Fast forward four years. Hanson renounced her support for Carter and cast an impassioned vote for Ronald Reagan. She was not alone in her decision: a grinding recession, gasoline shortages, and a hostage crisis in Iran that deeply wounded American morale left Carter vulnerable.

In Redeemer: The Life of Jimmy Carter, Randall Balmer, a noted commentator on America's religious past and present who serves on the faculty at Dartmouth College, seeks to make sense of this turn of events, situating Carter in the long arc of progressive evangelicalism and in particular its vicissitudes during the ascendancy of the Religious Right, a period detailed so well by David Swartz in his recent Moral Minority: The Evangelical Left in an Age of Conservativism.

Balmer's book has no direct competitors, although his is not the first attempt at capturing Carter's religious identity and how his contemporaries interpreted it—subjects touched on, albeit inadequately, in a number of biographical accounts and also addressed by Carter himself in autobiographical works such as Keeping ...