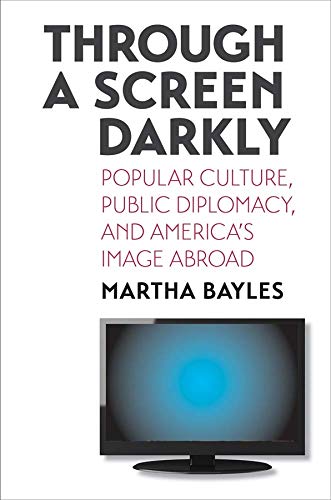 How They (Really) See Us

The impact of America's media exports.

An author who knows her stuff and applies it level-headedly is a rare delight nowadays. Martha Bayles, in exploring how America projects its image, both favorably and unfavorably, reaches not only into the detailed modern history of American foreign relations but also into broad cultural matters, and she has a knack for prodding honestly against the weak spots. I've never come across, for example, such a succinct and deadly critique of American optimism as this:

This "religion of progress," as historian Christopher Lasch [in The True and Only Heaven (Norton, 1991)] calls it, saw scientific expertise as the key to the perfected future, not just in technology and medicine but also in human affairs, including politics. Yet this vision is an odd amalgam. Mainly, it is not scientific. Claiming the objectivity of science, it expects only positive outcomes.

In researching her book, Bayles also went to distant but important sources, including Islamists, foreign media professionals, and diplomats across eleven countries, and she delivers the hard news: We are presenting ourselves very badly abroad—especially now that commercial products are filling in for any concerted information policy on our government's part; normal life here, including our cohesive and idealistic institutions, gets little coverage out there, and many foreigners call the trashy backwash of our popular media on their shores a threat to their traditions and social stability.

In addition, Bayles, a conservative expert on American pop culture (her previous book was entitled Hole in Our Soul: The Loss of Beauty and Meaning in American Popular Music), is large-minded about our potential for good influence. In her prologue to Part 1, she sets the scene in a McDonald's in Shanghai, where, to her initial distaste and embarrassment, an articulate and cultivated Chinese video artist has arranged to meet her for an interview. But Bayles herself is good at what she lists as an essential part of public diplomacy—listening—and ...