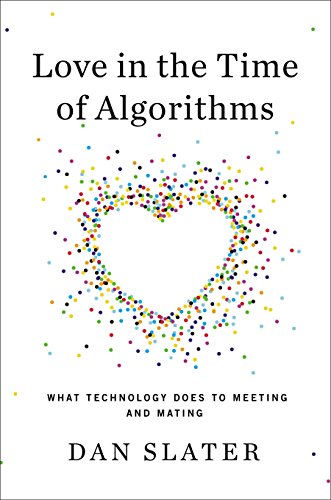 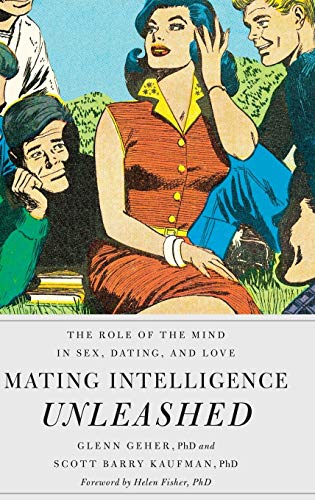 When Dan Slater wrote in The Atlantic that online dating was threatening monogamy, it caused a minor sensation. But in the book on which his article was based, Love in the Time of Algorithms, he proves more reticent about how technology will change our relationships.

Slater covers the history of computer-aided dating while filling in the larger historical context of American courtship. Along the way, he probes as many wacky corners of the Web-powered dating universe as he can find. He attends online-dating awards dinners (for the site bosses, not the users). He meets the first computer-based matchmakers, including a man in an open marriage who dreams of building a dating-site aggregator for which women might provide intimate body measurements. He follows the ongoing competition among the men behind the two most popular, free, online-dating sites (Plenty of Fish and OKCupid) and other, paid sites like the blockbuster Match.com. He travels to Colombia with a group of American men seeking international brides. And he talks to lots of online daters, from the man who unexpectedly wound up dating a smoker, to Alexis, a young New York fashion student and Phish fan whose experience with online dating he intersperses throughout the book in short vignettes.

Both a product and user of online dating—his parents met through Operation Match, a 1960s forerunner of today's sites—Slater spins an entertaining and largely unflinching tale of all that's good, bad, and ambiguous in computer-aided romance. Even those who don't think themselves interested in the subject matter would likely be intrigued by his storytelling. And despite the juicy excerpt that The Atlantic ran, his book is not one of those whose best bits were all teased beforehand, in the manner of some movie trailers.

Indeed, Slater's most intriguing scenes occur in places like Mango, a bar in Medellin, Colombia, that features in a "romance tour" for men who've turned to the Internet and women abroad in their search for love. There he follows customers of the website Amo Latina, who have traveled from places like Alabama and Brooklyn to meet potential brides at a series of prearranged "socials" boasting translators, European support staff and female-male ratios of 20-1. (Slater also interviews the director of a New York-based anti-trafficking group, but he doesn't seem entirely persuaded by her account of the modern sex trade; for her part, she expresses "shock" at his account of the tour group's youth—nearly half the men are in their 20s or 30s.)

And then there are the conversations between Alexis and other users on Phantasy Tour, an online Phish fan forum that becomes her primary sounding board for romance. These interactions provide a sometimes wrenching inside look at online dating. With the rise of online communication and connection come new perils: Facebook stalking, elaborate deceptions, discovery of one's relationship blog by a lover. And yet, the underlying desires, emotions, and motives are not new. "Monogamy is not going away, and neither is infidelity," Slater writes. "Rather it is the way we make sense of these behaviors, the values and labels and portent we place on them, that will evolve."

While Slater focuses mostly on the technological pressures and boons relationships face, the authors of Mating Intelligence Unleashed are more interested in biological factors, which they see as fairly consistent over time. Both evolutionary psychologists, Glenn Geher and Scott Barry Kaufman have written a fascinating, if frequently dense, book that pulls together a host of studies related to how men and women pursue romance. Even with the advent of birth control, they argue that procreation remains the ultimate end of romantic relationships, citing Darwin's conclusion that "reproduction is, ultimately, more important than survival."

The authors aim for more than proving Darwin right, however. Geher and Kaufman assemble their research survey, which includes some studies of their own, to argue that people exercise a specific reproductive or mating intelligence that should take its rightful place alongside general, spatial, emotional, and other accepted forms of intelligence.

Although "mating intelligence" as they frame it entails a number of skills and cognitive processes, ranging from courtship displays to "cross-sex mind reading" (i.e., accurately determining a man or woman's interest and intentions) to personality traits, Geher and Kaufman particularly emphasize two key approaches: short-term and long-term mating strategies. The distinction has its roots in the work of an evolutionary biologist whose theory of "parental investment" showed that species' approach to mating was tied to the fragility of their young. Produce a baby that quickly develops basic skills and independence, and the parents are more likely to find new mates next spring. But in the case of species such as robins—and humans, it turned out—whose offspring require intense, long-term care to survive their first few months, long-term mating is the norm. Though the earliest research wasn't trying to explain human behavior at all, the ultimate theory made just as much sense of how we mate as it did for robins and rabbits.