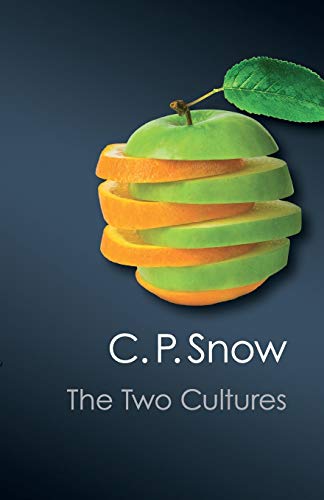 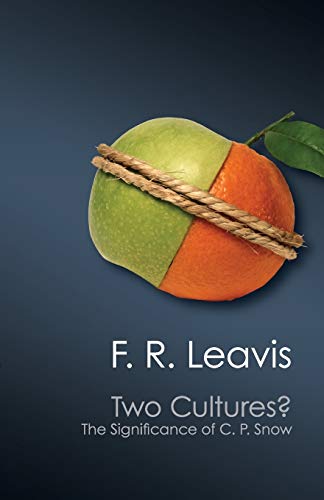 The Two Cultures, Then and Now

The sciences, the humanities, and their common enemy.

When, in May of 1959 at Cambridge University, C. P. Snow delivered a lecture called "The Two Cultures and the Scientific Revolution," it did not generate a great deal of controversy. Soon thereafter it was published in Encounter with a series of largely positive responses: the respondents generally agreed that Snow had identified a genuine problem, though no one had a clear sense of what, if anything, could be done about it.

What most readers took from Snow's lecture was this simple point: that academic and (more generally) intellectual specialization had in the 20th century proceeded to the point that the sciences and humanities had become mutually incomprehensible—and, perhaps more worryingly, each side had come to accept and even take some pleasure in the irrelevance to its own work of the other side. Scientists, Snow noted, knew little of books, "and of the books which to most literary persons are bread and butter, novels, history, poetry, plays, almost nothing at all …. It isn't that they lack the interests. It is much more that the whole literature of the traditional culture doesn't seem to them relevant to those interests. They are, of course, dead wrong. As a result, their imaginative understanding is less than it could be. They are self-impoverished." But literary types are self-impoverished too, "perhaps more seriously, because they are vainer about it. They still like to pretend that the traditional culture is the whole of 'culture', as though the natural order didn't exist."

In what would become the most famous passage from the lecture, Snow continued:

A good many times I have been present at gatherings of people who, by the standards of the traditional culture, are thought highly educated and who have with considerable gusto been expressing their incredulity at the illiteracy of scientists. Once or twice I have been provoked and have asked the company how many of them could describe the Second Law of Thermodynamics. The response was cold: it was also negative. Yet I was asking something which is about the scientific equivalent of: Have you read a work of Shakespeare's?

So this is the picture that has come down through the decades about Snow's lecture: that the sciences and the humanities have, regrettably but probably inevitably, come to take very different paths. But this was not really Snow's point; indeed, the chief purpose of his lecture has never, even to this day, been generally recognized. However, within a few years of the lecture's delivery, readers gradually came to realize at least this: Snow had no intention of distributing blame for the divorce even-handedly.

Both the lecture itself and the controversy it spawned are complex phenomena, and in his editions of Snow's lecture and of the most famous response to it, by the literary critic F. R. Leavis, Stefan Collini has carefully and skillfully disentangled the many strands. The tale he tells is instructive in many respects—and perhaps more important now than it was when Leavis gave his response, fifty years ago.

2.
The authority Charles Percy Snow claimed was that of a person who managed to bridge those two increasingly divergent cultures. As a young man he had been a research chemist who seemed on track for a significant career, but in 1932, when he was still in his late twenties, he made a major error. He and a colleague announced that they had discovered a means of artificially producing Vitamin A, an announcement that received a good deal of public applause; but they soon learned that they had made a mistake in calculation, and were forced to withdraw the claim in just as public a way as they had made it. Snow's brother would later say that "the trauma after all that publicity put Charles off scientific research irrevocably."

So Snow began to devote more and more time to what had already been a serious avocation for him: writing fiction. He began to publish novels at a brisk rate, and gained some acclaim for them, as well as very solid sales; meanwhile, his combination of scientific training with literary ability set him up as a public advocate for science, and later as the holder of a number of governmental posts. By the time he delivered his 1959 lecture at Cambridge, he had already been knighted for his services, and in 1964 was elevated to the peerage as Baron Snow of Leicester. His lecture was written in casual language and delivered in an avuncular tone; but he possessed the assurance of a man accustomed to having his views taken very seriously.

I have said that the real purpose of his lecture has never been widely recognized, and that is in part due to its generally being known simply as "The Two Cultures": even the full title, "The Two Cultures and the Scientific Revolution," only hints at his prime concern. A summary might then be useful:

In the late 16th century and early twentieth there was a wonderful celebration of the sciences the artistic and the philosophical that Shelly, Wordsworth Poe and their ilk celebrated. Herman Melville, especially in a couple essays in Moby Dick, explored the question very seriously. There was an interchange. It is ongoing. One of the most remarkable blending I have seen is in the delightful writings of Douglas Hoffstader in Godel, Escher Bach, his almost psychedelic exploration of intelligence that holds up after three decades.