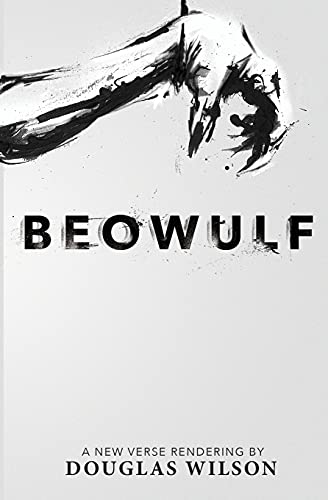 The Puzzle of "Beowulf."

The Old English epic Beowulf must be one of the most-translated poems in world literature. Some years ago more than a hundred complete versions were listed, and the flow shows no sign of stopping. The one which currently dominates the market is Seamus Heaney's of 1999, but since then we have seen Roy Liuzza's (2000), Thomas Kennedy's (2001), Dick Ringler's (2007), Craig Williamson's (2011), and now Douglas Wilson's, under review here. A natural question must be, why take the trouble to repeat a project done many times already?

Wilson's motive is clear. He thinks the poem was trying to tell its original and far-off audience something which they needed to know, and something which we still need to know: and his translation, with its accompanying introduction and appended essays, is there to make that obvious to us. The reason it has not been obvious from the start is the poem's bafflingly enigmatic nature. Not only is the poem one of the most-translated in world literature, it is also—to judge from the number of scholarly books and articles about it—quite definitely the most-studied work in English literature. But still there is no consensus about it.

Problems were always there, even on the most basic level of what was happening. The poem's first editor, Grimur Thorkelin, operated on the assumption that his own native Icelandic was a good enough guide for reading archaic English, but this turned out to be completely wrong. The most famous of his misunderstandings was not to realize that the poem opens with a ship-burial: he thought it was describing the preparations for a Viking raid. Two hundred years of study have cleared up that and many other issues, but in a way, better understanding of surface difficulties has only revealed enigmas deeper down.

Of these the greatest is the issue of total contradiction between the poem's internal and external contexts. Nothing is certain in Beowulf studies, but on the whole most scholars would agree that the poem was written ...