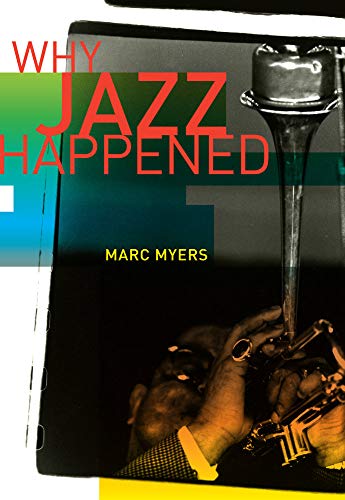 The lost world of popular jazz.

By this point, however, despite the smart set at clubs like that, the more lowest-common-denominator thrills of jukebox rhythm and blues were turning ever more Americans on. A new "hard bop" tradition, incorporating the R&B rhythmic feel and thinning out the bebop textures a good deal, allowed jazz to compete for a spell with the likes of Louis Jordan and Little Richard. However, in the Sixties other musicians took the music into introverted directions such as free jazz, dismissing traditional structural conventions and unconcerned with commercial success. At the same time, the rock revolution with its focus on volume, open rebellion, and stage theatrics—starting with the Beatles and continuing more radically with Jimi Hendrix, the Rolling Stones, and the like—rendered jazz even more commercially marginal than it had been before. Since then, jazz artists have wangled fusional genres with rock and other music: the jazz chronicler typically focuses on Miles Davis' Bitches Brew at this point, although Myers oddly seems little interested in it. However, jazz's main role in music history since has been as a seasoning in other forms.

One senses that what Myers really wanted to write is a history of modern jazz situated in a historical context, the latter which he chronicles more diligently—at times excessively so—than the music itself. The idea that jazz's actual formal evolution has been in response to the social history around it seems more a selling point or gimmick than a reality Myers demonstrates—or if he supposes himself to have done so, the facts are against him. Jazz was more overtaken by the history than shaped by it.

For example, the LP format did not create the long improvisational solos, as Myers is easily read as implying despite one passing acknowledgment otherwise. Jazz artists had been playing such solos in clubs for decades; the brevity of 78s simply made it impossible to record them. On a 1920s recording of "Shanghai Shuffle," Louis Armstrong did one quick solo, while regularly wowing the house with a dozen mounting choruses when performing it live. Hard bop's creators attest to having reacted not to the looming impact of R&B but to an alternate form of jazz, the West Coast variety they considered to lack a crucial punch. Myers tries for a case that black artists created free jazz as a Sixties-style response to segregation and racism. But the men he interviews, while allowing that they certainly reviled the bigotry they encountered constantly, repeatedly say that what mainly drove them was a basic creative impulse.

Meanwhile, the main effect that rock had on jazz was to make fewer people listen to it. Jazz-rock fusion, as stimulating as the notion was at the time, was essentially a failed experiment: audiences continued to prefer the visceral theatrics of rock itself. "It wasn't what jazz fans expected and it wasn't even close to connecting with audiences the way the Rolling Stones and The Who did," lighting engineer Edward Monck recalls to Myers. What truly lived on was rock bands like Chicago taking a cue from jazz and incorporating horn sections and a degree of harmonic sophistication, creating a kind of rock that jazz fans often find worth listening to. This, however, is less a matter of jazz's evolution than its ingestion. While today there are legions of top-class jazz players, no new development has galvanized the genre since about 1970. It is significant that Myers stops his chronicle there, despite over 40 years of jazz since—i.e., longer than the 30 years he focuses on. Jazz has stepped aside.

In this light, that "Three Little Bops" moment in the Fifties reveals itself as the last one when jazz could play the role it had briefly enjoyed in middle-class American culture (though even by then it was much less immediately accessible than the danceable ear-candy of big-band swing had been). For example, in the mid-Fifties, jazz pianist Erroll Garner's Concert by the Sea LP was something of a staple item in middlebrow Americans' living rooms, such that legendary promoter Sol Hurok sought Garner out as a client. One must ask: how was this humble album, an acoustically imperfect live recording of a decidedly untheatrical black man playing his improvisations upon old standards with just a bassist and a drummer for support, such a hit in Eisenhower America? That such audiences happened to cotton as well to Dave Brubeck's Take Five is easier to understand, as its cuts are low on improvisation and devilishly catchy. Or, people rooted in rock often find John Coltrane relatable, because the liquid angularity of his "sheets of sound" saxophone is akin to what such listeners enjoy in rockers' electric guitar solos. The soporific reedy haze of Miles Davis' Kind of Blue is ready-made for any number of activities most associated with the hours after sundown.