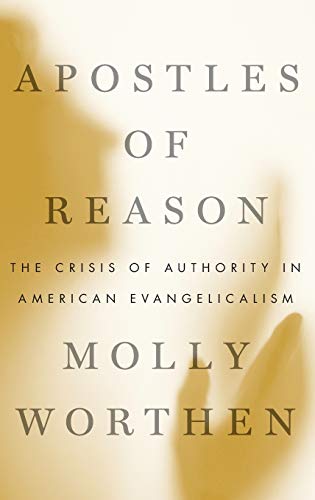 Who's in Charge Here?

If the standard accounts are correct, the 20th-century neo-evangelical movement was born on April 7, 1942 in St. Louis, Missouri. Meeting at the Hotel Coronado, the National Conference on United Action Among Evangelicals was the first organized expression of the "new evangelicalism." Bringing together Baptists, Presbyterians, Pentecostals, and Wesleyans, it represented a wide swath of conservative Protestantism. Lamenting the "disintegration of Christianity," its leaders called for a united evangelical front. The result was the National Association of Evangelicals.[1]

Despite the best efforts of the NAE, this dream has never been fully realized. Far from unified, evangelicalism remains divided by theology, politics, and culture. Internally pluralistic and religiously diverse, evangelicalism has been called a mosaic, a kaleidoscope, and a "twelve-ring circus."[2]

How do you study a twelve-ring circus? Focusing on the entire movement, some have explored the boundaries of the evangelical tent. Emphasizing common themes, they have stressed evangelicalism's commitment to biblicism, crucicentrism, conversionism, and activism. Utilizing the tools of survey research, they have mapped the doctrinal and organizational markers of evangelical identity.[3] Taking a different approach, others have emphasized the divisions within evangelicalism, identifying as many as 14 branches to the evangelical family tree. Faced with such diversity, some have concluded that "there is no such thing as evangelicalism."[4]

In Apostles of Reason, historian Molly Worthen combines these approaches, analyzing the "shifting and conflicting authorities" behind the "evangelical imagination." In place of shared doctrines, she highlights a "common set of questions," focusing on faith and reason, emotion and intellect, and religion and public life. While continuing to speak of evangelicalism, Worthen refuses to reify its contents.

More than an exercise in classification, Apostles of Reason turns intellectual ...