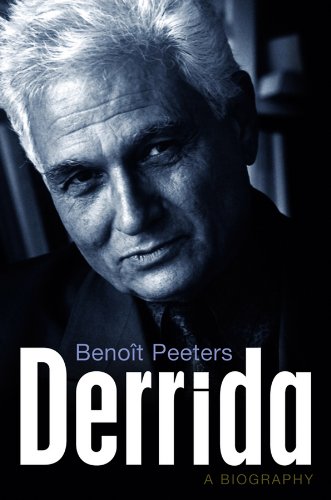 Don't smooth out the folds.

Early in his career, as the skyrocket of his stardom was fueling, Jacques Derrida had to answer a question his Jewish mother asked with a frown: "But Jackie, have you really written 'difference' with an 'a'?" Raised "like a bourgeois Parisian girl," tending her Jewish family in Algeria, Georgette Derrida prized their French identity and citizenship. And now here was her son, Jackie, misspelling words of their adopted tongue—his only language but not his own (as he would later put it in Monolingualism of the Other). This wasn't concern over a spelling error; it was a question of (French) identity.

This little vignette, noted very late in Benoît Peeters' massive biography, captures something at the heart of Derrida's life: the dynamics of difference, of being precariously "other," just close enough to the center to actually realize one is on the margins. This is the experience of the assimilated Jew in Europe and its colonies; it is the experience of the Algerian intellectual in Paris; and it seems that something like this experience of persistent otherness was the fuel that powered Derrida, deconstruction, and yes, even différance.

This distance and difference was felt from the very beginning of his time as a student in Paris, in the lycée Louis-le-Grand, one of the most prestigious in France and a gateway to the école Normale Supérieure. At "Baz'Grand" he would experience something that would characterize his whole life: privileged marginality. On the one hand, he was a student at one of France's élite institutions; on the other hand, he was a boarder at the lycée. And as Peeters recounts, "in those days, there was a real barrier between the boarders and the rest." Consigned to wearing a grey smock all day long, the provincial boarders could easily be distinguished from the cosmopolitan Parisians who enjoyed lunch at home and would return to their families each night. "In many respects," Peeters observes, boarders ...