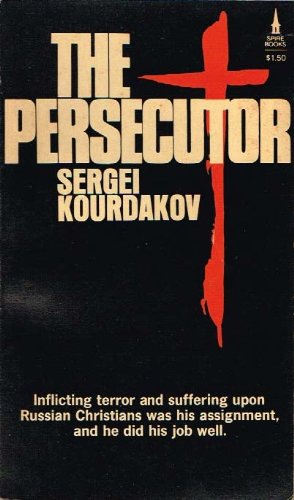 The Strange Story of Sergei Kourdakov

April 1972. For the largely youthful audience at Emmanuel Baptist Church in Victoria, B.C., the guest speaker was mesmerizing. We already knew about his dramatic and risky defection from a Russian ship a few months earlier. That story, vividly recounted by the man who introduced him, was only the prelude to the yet more gripping account of his transformation from ruthless persecutor of Christians in his native Russia to unlikely but passionate convert. By the time Sergei Kourdakov himself leapt up to the podium, the atmosphere was electric. Sustained applause gave way to hushed silence. He searched the crowd, making eye contact, it seemed, with almost everyone. His simple message was delivered in flawed but fervent English; his boyishness combined with zeal was magnetic. He was 21 years old, powerfully built, engaging and personable, strikingly handsome; he looked like a sturdier version of Ilya Kuryakin, enigmatic Russian agent in the wildly popular The Man from U.N.C.L.E. television series that many of us had grown up on. But this "Ilya" was a Cold War St. Paul. He had renounced his Communist past and was now raising funds for suffering believers behind the Iron Curtain. We claimed him as ours that night—a strapping, exotic, Christian superhero, for whom none of our parents' missionary biographies had fully prepared us. We filled the offering plates, registered for ministry newsletters—and lined up for autographs after the service.

Sergei Kourdakov's rise from anonymous Russian defector to celebrity ambassador for the Bible-smuggling organization, Underground Evangelism, was nothing short of meteoric. He staggered ashore in the tiny village of Tasu in the Queen Charlotte Islands after a near-miraculous overnight swim from the Russian ship Elagin on September 3, 1971—delirious and suffering from hypothermia—to a wary welcome and uncertain fate. Initially interned and threatened with deportation back to the USSR, he attracted high-profile political and media support and was eventually granted asylum in Canada. Settling in Toronto, he took English classes at government expense and began to attend a Ukrainian Baptist church. Pastor William Daviduik heard his confession, explained the gospel, and ultimately led him to a profession of faith and baptism.

Underground Evangelism's founder and president, L. Joe Bass, flew to Toronto in February1972, and invited Sergei to join his ministry.[1] He was soon being showcased in events like the one I attended and headlined in all of the organization's promotional materials. In May, after a tour of Canadian churches, Kourdakov moved to California, where UE was headquartered. An immediate celebrity in America, he was soon on a first-name basis with prominent politicians, who were spellbound by his "insider information" about Russia's military might and ambitions,[2] and about the brutal Soviet repression of Christians, in which Sergei had actively participated for two years. His message, which was inescapably immature in spiritual terms (Sergei had negligible biblical literacy or theological understanding), was nonetheless politically and culturally potent, affording stark confirmation of the evils of Soviet Communism.

An audio tape of the Kourdakov story, with narration by Bass and excerpts of Sergei's testimony, was sold by the ministry for "a suggested donation of $4." (It can still be heard on line today.[3]) An autobiography, with numerous photos and extensive details of Sergei's pre-conversion life in the Soviet Union—detailing his leadership in clandestine but state-sanctioned brutalization of Christians—was being hastily prepared in the fall, to be published by Fleming Revell in 1973. The contract gave Sergei 50 percent of the royalties; he was already earning 25 percent royalties from the tapes, a regular salary from UE, and 10 percent of net offerings received at all public events. In short, he was quickly learning the American way of life. But even those most intimate with Sergei's sensational story could not have anticipated what came next.

On January 1, 1973, several months shy of his 22nd birthday, Sergei Kourdakov died of a self-inflicted gunshot wound in a cabin in the San Bernadino Mountains he was sharing with a 17-year-old girl. He had borrowed the revolver from the girl's father. Initially investigated as a possible suicide, his death was ultimately ruled accidental, the result of a fatal miscalculation in a game of Russian roulette or sheer recklessness: despite his boasts about his KGB past, Sergei was actually inexperienced with firearms.

Underground Evangelism, anxious to put the best face possible on the complicated circumstances of Sergei's death, dubbed it "strange and uncertain," proposed the likelihood that this was a KGB "hit," and all but accused the local police force of investigative incompetence. Bass sent out a press release within a week of the shooting, claiming that Sergei had warned him, "If you ever hear I have had an accident or committed suicide, don't believe it. I know how the Soviet police work, because I was one of them." To which Bass added, rhetorically, "What better time than midnight on New Year's Eve, and what better place than that small, tourist-packed resort area, for Sergei Kourdakov to have an 'accident'?" This suggestion, however askew from all the evidence, and indeed from the eyewitness account of his young female companion, was successfully enough disseminated in Christian circles that a reflection on Sergei's life written for a church publication in 2002 says matter-of-factly, "The KGB assassinated him in Los Angeles just before his 22nd birthday."[4] A radio dramatization, "Unshackled: Sergei Kourdakov, Persecutor of Christians," produced in 1997, mentions the purported threats that Sergei's life would be ended by a staged "final accident" and then adds, "Sergei Kourdakov was shot to death on January 1, 1973. It was ruled an 'accident.' " The misleading language and crucial omissions perfectly mimic the Bass script.