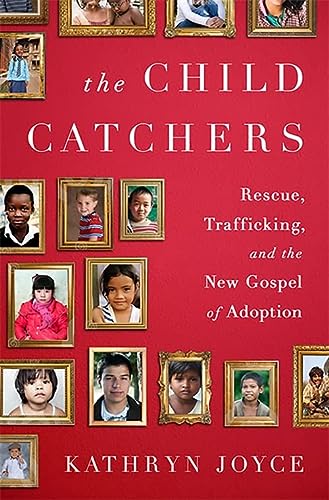 In 2007, the Christian Alliance for Orphans hosted a gathering at Focus on the Family's headquarters in Colorado Springs. Christian adoption advocates and notable leaders (including Rick Warren) attended. The purpose was to raise evangelical awareness of an "orphan crisis" affecting millions of children around the world and mobilize faith communities to prioritize adoption.

And it worked. Rick Warren started championing adoption through his popular P.E.A.C.E. Plan and a stack of books were penned on the subject by people like Russell Moore, Dan Cruver, Tony Merida, and Bishop W. C. Martin, drawing on the deep resources of the church for a theology of adoption. A slew of Christian organizations helped to raise awareness of the issue, thousands of congregations began participating in "Orphan Sunday," and the Southern Baptist Convention—America's largest Protestant denomination—passed a resolution calling on their churches to begin caring for orphans. Suddenly, both Christian and secular media outlets were saturated with stories about the emerging evangelical adoption movement.

The partnership seemed a perfect match. Evangelicals, who routinely affirm the authority of Scripture, were confronted with unambiguous biblical admonitions to care for "the least of these" and "to look after orphans and widows in their distress." Additionally, the new emphasis on adoption tapped into the group's opposition to abortion.

But according to Kathryn Joyce in The Child Catchers: Rescue, Trafficking, and the New Gospel of Adoption, the effort was misguided and has since bred an abundance of injurious consequences. While often sincere, Joyce says, evangelicals have boosted a poorly regulated adoption market riddled with problems, including coercion, child abuse, and veiled attempts to evangelize unsuspecting kids. Worse yet, the increased demand for adoptable children has fueled human trafficking in developing nations, where "tens of thousands of loving but impoverished parents" have "become the supply side of a multi-billion dollar global industry driven not just by infertility but now also by pulpit commands."

Joyce is a seasoned journalist who hasn't come to the conversation unprepared. She tells story upon story of individuals who have experienced or contributed to the problems she seeks to expose. She demonstrates how fervent advocates have often misused or fabricated statistics about the number of orphans in existence and have often failed to explain what the term "orphan" actually means when they use it.

Perhaps her most stunning and convincing example is a case study of international adoptions in Ethiopia, where adoptions to the U.S. skyrocketed from 82 children in 1997 to 2,511 in 2010. "Adoption agencies entered en masse with a seemingly unlimited amount of money," Joyce writes, "and they started working with existing orphanages or new start-ups to identify children who could go overseas for adoption."

The adoption industry incentivized eligible children, which led to child trafficking and a widespread practice of orphanages convincing able parents to relinquish their children for financial gain. A UNICEF research study during this period concluded that 75 percent of children in Ethiopian orphanages could be reintegrated with their parents or extended families. A glut of abandonment cases forced Ethiopia to create a special court just for reviewing and approving international adoptions. The African nation's legal system wasn't able to process the influx of adoption cases, much less regulate the industry's corruption, and the government was forced to clamp down on the whole system. In 2011, Ethiopia's boom went bust.

Joyce uses this example and dozens of others to highlight some of the adoption movement's most serious problems. First, the influx of money has bred corruption. Imagine what happens in a country like Ethiopia, where an average worker earns $2.00 per day and organizations offer $5,000 or $6,000 for each child adopted. That kind of temptation is hard for many poor parents to resist.

Additionally, the corruption feeds the already widespread problem of human trafficking. As children are commodified, kidnapping increases and sometimes parents are offered incentives to giving up children they have the means to care for. In China alone, nearly 60,000 trafficked children have been rescued in the past three years.[1]

Though adoption is often undertaken with the best intentions, Joyce says, adoption advocates have actually undermined the protection and care they desire to provide for children. By raising awareness of the abuses and corruption that undeniably exist, she does her readers a favor. Unfortunately, that may be the extent of this book's helpfulness.

Not satisfied with documenting clear abuses and inadvertent consequences, Joyce paints the evangelical adoption movement with too broad a brush, drawing from the experiences of individuals who do not represent the large swath of evangelicals and the adoptive parents among them. She tells stories, for example, of "large, homeschooling families in which the parents already have lots of biological children" (imagine: they already have plenty of children, but they want more!), implying that adoptive Christians are wild-eyed zealots. What percentage of those adopting actually fit Joyce's description? She doesn't say, but the data don't seem to be in her favor.

The "Quiverfull movement"—the name given to Protestants who eschew birth control and seek to grow large families—makes up about 10,000 of the more than 100 million American evangelicals, according to NPR.[2] And only about 3 percent of the entire American population homeschools, according to the latest data.[3] Certainly there are some "large, homeschooling families" with "lots of biological children" who are adopting. But to assume that the behavior of this tiny demographic (which is any case hardly ipso facto objectionable) represents the thousands who adopt each year is unfair at best and dishonest at worst.

Joyce also exaggerates the influence of several fringe Christians leaders, publications, and ministries in her attempt to paint a portrait of over-zealous adoption advocates run amok. For example, she heavily references Michael and Debi Pearl, authors of To Train Up a Child and founders of No Greater Joy Ministries. The Pearls have received much media attention as their philosophy of child discipline has been linked to cases of child abuse and even death.

But their infamous book has estimated sales of only 28,737 in all retail outlets since 2001.[4] Their ministry brings in approximately $1 million in annual contributions, a number that may seem impressive at first but is low when compared with other evangelical ministries in America. As I noted in my column at Religion News Service, "If the Pearls' 'No Greater Joy Ministries' were based outside of Atlanta, we can surmise they might be listed somewhere in the bottom quarter of evangelical ministries in the metropolitan area of our city alone."[5]

A more critical flaw than Joyce's use of peripheral examples is her failure to quantify the scope of the problems she seeks to highlight. This book is littered with phrases like "many" or "most" or "most often"—estimates that are rarely supported by empirical data. As readers strain to wrap their minds around the issues Joyce discusses, they never know just how big or small the problems really are. Instead, they are left to rely on Joyce's stories and quotations from more mainstream voices, which are cited only by what one might generously call a "non-traditional" method. By this I mean she provides no direct citations.

In lieu of citations, Joyce offers readers what amounts to a blanket bibliography for each chapter. The reader is forced to choose between trusting that Joyce has reported accurately and doing the tedious work of trying to match the sources listed with the information, stats, and quotes in each chapter.

But Joyce's readers are ill-served in another way as well. Her narrative would have been much more credible if she had been willing to give readers the other side of the stories she tells. I've been fortunate enough to interact with these issues on a deep level as a member of the national board of directors for Bethany Christian Services, America's largest adoption and child welfare agency. The inner workings of this organization, at least, offer a counter-narrative to Joyce's sweeping indictment.

The vast majority of adoptions performed by Bethany are domestic, not international, and many of those involve older children adopted through foster care. Bethany also offers programs like Safe Families for Children, where a child is voluntarily and temporarily placed with a non-birth family for 35 days on average, while the parent(s) recover from whatever problem has jeopardized the family, with the explicit goal of reunification. Priority is placed on caring for orphans wherever they exist, which means reuniting them with their families if at all possible.

When Bethany performs an international adoption, extra precautionary steps are taken to minimize or prevent the kinds of problems Joyce mentions. Before an adoption from Ethiopia can be approved, for example, Bethany hires two sets of investigators—one of their own and an independent investigator from an outside organization—to review the case and verify that the child has been orphaned and not trafficked. Bethany is accredited by the Hague Convention, ensuring the highest level of external accountability. As a result, the majority of international adoptions performed by Bethany involve special needs children who are not at high risk of trafficking.

We can assume that Bethany is not the only adoption agency expending effort to eliminate corruption and protect children from trafficking. After all, as the problems Joyce describes have come to light, the entire system has become increasingly regulated. This has resulted in a 62 percent drop in international adoptions to the U.S., from from 22,991 in 2004 to 8,668 in 2012.[6] While this has created more work and less money for adoption agencies, Bethany's president is on record saying that the organization supports more government regulation for international adoptions, not less.

These facts provide another side to Joyce's tale of Christians feverishly snatching up children in developing nations while thumbing their noses at the problems created along the way. But you won't encounter references to them in Joyce's book. In fact, she never spoke with any high-level official at Bethany. That she would attempt to write a definitive record of the Christian adoption movement without even making an effort to speak with the largest provider of adoptions in America is difficult to understand.

One might wonder if Joyce's selective storytelling has been influenced by her pro-abortion fervor. In the book, she describes herself as "a secular, feminist journalist" with a special interest in "reproductive rights." Joyce says she is particularly disturbed by how conservative Christians have presented adoption as "an essential part of anti-abortion politics," or, more pointedly, as "a decisive rebuttal to the taunt that Christians should adopt all those extra children they want women to have."

Joyce returns to the abortion issue in chapter after chapter, including an account of arguing with one of her interviewees about the topic of abortion and a prolonged rant against Christian homes for unwed mothers who wish to bring their children to term. By my count, she returns to the issue of abortion no less than 22 times throughout her eight chapters.

In the end, The Child Catchers is mostly a missed opportunity. It is a missed opportunity to educate objectively, to report fairly, and to provide substantive solutions for how to improve the broken parts of the system. As Christians embrace adoption and orphan care as part of the compassionate social work we've done for millennia, we need to learn how to correct mistakes we make along the way so that children can be better protected and cared for. As several authors have recently noted, sometimes our efforts to help can inadvertently hurt those we serve.

Joyce ends her preface with a statement of profound truth: "figuring out how to do better means understanding what has gone wrong." She's right. We need objective, empirical critiques followed by constructive proposals for how to improve. Unfortunately, Joyce's crusade to discredit evangelicals and make a case for abortion rights fails to do either effectively.

Jonathan Merritt is author of A Faith of Our Own: Following Jesus Beyond the Culture Wars (FaithWords) and senior columnist for Religion News Service. He has written more than 500 articles in outlets such as USA Today, The Atlantic, and National Review.