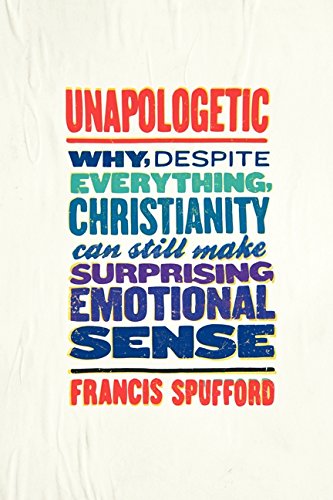 1.
The most common mistake made by practitioners of that vexed activity called "Christian apologetics" is to think of the task as a dialectical rather than a rhetorical one. You may be convinced that logic dictates a particular starting point for your defense of the faith, but that will matter very little if you cannot get the unbelievers you would convert to pay attention to your argument or, worse, even to grasp what your point is. Instead, it is vital to find a shared belief, a point of initial agreement on which to build. But what that starting point should be varies considerably according to general cultural context and even individual predilections. Apologetics is hard to do well.

When, in the midst of the Second World War, C. S. Lewis was asked by the BBC to give some radio talks on the basics of the Christian faith, he decided that he could count on his audience sharing with him a commitment to fair play and even-handed dealing. If he could get his audience to acknowledge that they don't like it when someone cheats, and to agree that they respond to cheaters by appealing to a general moral principle—"How would you like it if someone did that to you?"—then he could establish a foundation on which he might, eventually, build a case for the whole of Christian faith and practice. So he came to give a collective title to his first few talks: "Right and Wrong as a Clue to the Meaning of the Universe."

It was a shrewd choice, as the immediate and then lasting popularity of his lectures demonstrates. After all, the English have long prided themselves (rightly or wrongly) on their commitment to fairness, justice, and honesty; and in the midst of war they were confronted every day with appeals—via radio addresses, posters, advertisements in newspapers and magazines—to pull together and work for the common cause of Victory. Lewis' approach was precisely calibrated to his listeners' circumstances; no wonder it struck a ringing chord.

But there is another point that needs to be considered when contemplating the apologetic task: not just the circumstances of the audience, but those of the apologist him- or herself. Many years ago I spent a summer in Nigeria teaching, in a seminary, a course called "Practical Apologetics." Most of my students were pastors, and many of them came from the Muslim-dominated north of their country; so it seemed obvious to me that they needed to know how to respond to Muslims. I encouraged them to try to think as Muslims thought; to imagine, for instance, how the Christian doctrine of the Trinity might sound to those most radical of all monotheists.

To this encouragement my otherwise generally receptive students responded with stiff resistance. Why should they think as their persecutors thought? Why should they strive to enter the minds of those who burned their churches? Moreover, some of them came from Muslim families and were converts to Christianity, or their parents had been: it was painful for them to re-enter a mode of being that they had left behind; it felt like a kind of self-imposed slavery.

Gradually it dawned on me that, however admirable it may be for the student of rhetoric to learn to anticipate objections, there was a human dimension to this enterprise that I had failed to take into account. Would-be apologists cannot think only of the needs of their audience; they must think also of their own limitations. Those limitations may be intellectual: as Sir Thomas Browne wrote in the 17th century, "Every man is not a proper champion for truth, nor fit to take up the gauntlet in the cause of verity. Many from the ignorance of these maxims, and an inconsiderate zeal unto truth, have too rashly charged the troops of error, and remain as trophies unto the enemies of truth." They overrate their own intellectual capabilities, and embarrass not just themselves but the faith they had planned to defend.

But equally important are emotional or spiritual limitations. 'I have found that nothing is more dangerous to one's own faith than the work of an apologist," Lewis wrote in 1945, when he was at the apex of his career as defender of the faith. "No doctrine of that faith seems to me so spectral, so unreal as the one that I have just successfully defended in a public debate." The key word in that second sentence is "successfully": the greatest spiritual danger presents itself not to the one who has manifestly failed (in Milton's phrase) "to justify God's ways to man," but to the one who succeeds, or thinks he succeeds. And the greatest danger is not even pride: it is the discovery that a doctrine put into cold print, or into one's own (fallen, fallible) mouth, loses much of its reality and power.