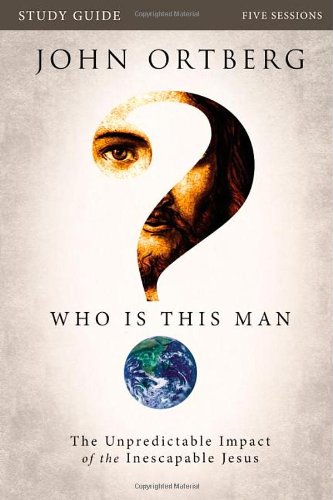 Who Is This Man? Study Guide: The Unpredictable Impact of the Inescapable Jesus
John Ortberg
Zondervan, 2012
96 pp., 10.99

The unpredictable impact of Jesus.

When Jesus said we will know a tree by its fruit, he was referring to individual morality (see Matt. 7:15-20; Luke 6:43-45). Good trees produce good fruit, evil trees produce evil fruit, and never the twain shall meet. Yet given the charge by the late Christopher Hitchens and other New Atheists that "religion poisons everything"—that religion, including and especially Christianity, is a bad tree—Christians are right to search for and highlight the good fruit that drops from the tree of Christian faith and nourishes not just individuals but also whole societies.

Christianity, its defenders never tire of asserting, has given the world such good fruit as political freedom, education, the uplift of women, concern for the poor and disabled, and so on. Is there room on the shelf for yet another volume on the good fruits that have fallen from the Christian tree? John Ortberg, pastor of Menlo Park Presbyterian Church, thinks so, and Who Is This Man? The Unpredictable Impact of the Inescapable Jesus is the result. Ortberg seems to be targeting the friendly outsider, whom Anthony Burgess once described—in a review of the work of C. S. Lewis—as "the half-convinced, … the good man who would like to be a Christian but finds his intellect getting in the way."

In differentiating his book from some of its worthy predecessors, Ortberg draws a thought-provoking contrast between the expectations of a neutral observer at the dismal conclusion of Jesus' three years of public ministry and the outsized, global impact of the Carpenter from Nazareth today. "Normally when someone dies, their impact on the world immediately begins to recede," Ortberg writes in his opening chapter, yet "Jesus inverted this normal human trajectory, as he did so many others. Jesus' impact was greater a hundred years after his death than during his life; it was greater still after five hundred years; after a thousand years his legacy laid the foundation for much of Europe; after two thousand ...