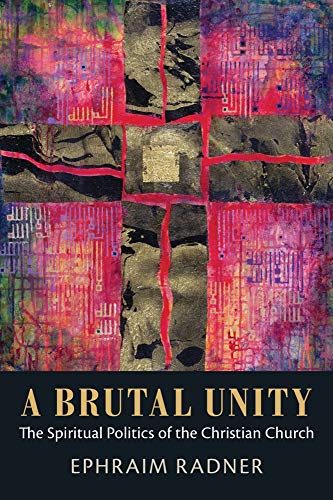 Imagine (as if we have to) a cantankerous public debate between a Christian and one of the new atheists. After the predictable sparring over whether or not God exists, the dispute takes its historical turn. The atheist recites the great litany of ecclesial sins—ways that the church has elicited or even sponsored violence. The Christian then comes to faith's defense, relaying as much of William Cavanaugh's The Myth of Religious Violence as a pithy sound bite allows. But what if, rather than defending the church, the Christian goes off script, replying instead with a range of accusations against Christians that surpass what the atheist has offered, thereby transforming the debate into an act of public penance? Gone is the fear that Christianity might not be true (one that gives rise to so much nervously animated apologetics). Replacing it is a different fear—and a profound sense of disorientation. Such might be the performance of Ephraim Radner, professor of historical theology at the University of Toronto's Wycliffe College, were he to pinch-hit for the latest defender of the faith. Or so we can gather from his latest publication, A Brutal Unity: The Spiritual Politics of the Christian Church.

Penitential scenarios like this have been conjured before—in Donald Miller's bestselling Blue Like Jazz, for instance, in which Christian undergraduates construct a reverse confessional booth where they apologize for the church's failings ("You know, the Crusades and all that stuff") to revelers at Reed College; or in the general inclination of any number of enterprising evangelicals to distance themselves from the church's disappointing historical "baggage." But Radner's approach differs from such accounts as a gritty, high-stakes playoff game in the NFL differs from a pick-up game of Ultimate Frisbee. Indeed, A Brutal Unity rivals Charles Taylor's A Secular Age and Brad Gregory's The Unintended Reformation in its scope and complexity, and might even be considered an attempt to retell just those stories. Radner, a Protestant, agrees with his Catholic interlocutors that something in our modern world has gone wrong. However, he places the blame for this less on an elusive pattern of secularization (Taylor) or on Protestant fragmentation (Gregory) than on the much wider phenomenon of Christian disunity itself, for which there is ample blame to go around. Indeed for Radner, Christian disunity is what gave birth to—or rather, miscarried—the liberal democratic state.

These are massive claims, and Radner marshals the erudition to uphold them, or at least to make an impressive attempt. His work builds upon his earlier publications, such as Spirit and Nature: The Saint-Médard Miracles in 18th-Century Jansenism, on a group of reform-minded Catholics who (unlike their Protestant counterparts) did not press their agenda to the point of breaking communion. Radner's 1998 book The End of the Church: A Pneumatology of Christian Division in the West argued that the Holy Spirit has abandoned the church. Based on a figurative reading of the Old Testament, Radner suggests that fleeing to another communion (a Protestant becoming Catholic, for example) would be like an Israelite, after the sack of Samaria by the Assyrians, fleeing to the "safety" of Judah, which would eventually be sacked by the Babylonians. One might suggest that his figural reading was so effective that Radner's argument has been about as popular in our day as Jeremiah's was in his. That said, Radner has practiced what he preaches, plunging himself into scandalous situations of Christian complicity in his mission work in Burundi, and more recently as an ordained Episcopal priest who, though being of a more traditional persuasion in the matters of the hour, insists on staying put.

A Brutal Unity is Lenten reading. Radner is immensely learned, and his prose does not go down easy. His book seems triggered with some kind of advanced security device that prohibits casual readers from coming away with a quick summation. The only way through this trail of tears is to walk it slowly, page by painful page. A Brutal Unity is less an ecclesiology than an "eristology," which Radner defines as "the study of hostility in its disordering forms and forces." Christian ecclesiologies, he charges, have not taken division seriously enough; in fact, Protestant and Catholic thinkers have expressly denied that disunity is fundamentally real. To disabuse us of this evasion, which he terms "schismatological idealism," Radner works his way through past church divisions and their debilitating present effects. Aware of the depressing impact of his rhetoric, Radner ends each harrowing chapter with a sermonic refrain, though offering little comfort: He riffs on Peter's tears, abandoned Jerusalem, or the apostolicity of Judas, in which we mysteriously participate. Because they offer the opposite of feel-good American evangelicalism, these sermonettes might be packaged separately and marketed under the title, "Your Worst Life Now."