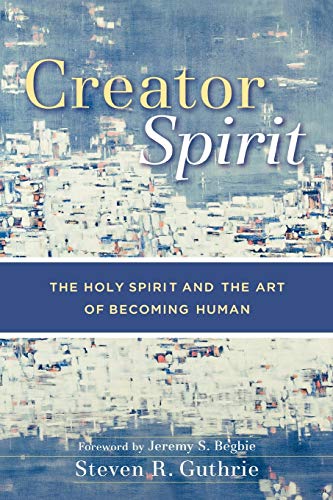 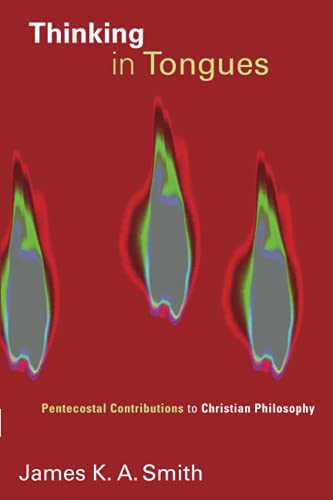 Heeding the invitation of the Holy Spirit.
March/April 2013

Nothing is possible in the Christian life without the Holy Spirit. To state this is surely to state the obvious. It is surprising, then, and not a little distressing, to note how often the speech habits of Christians follow a binitarian rather than a Trinitarian pattern. Listen to the preacher's sermons. Read the devotional books. Note the prayers. Grab a hymnal and thumb through the index. Once you look for it, you begin to see it nearly everywhere. God language and Christ language suffuse our common dialect as Christians, yet Spirit language receives only scant attention, surfacing far less even than "spirit" or "spiritual." At stake is not the Spirit's "invisibility." At stake is the Spirit's de-personalization and therefore the weakening of the Trinitarian character of classical Christian faith. Our speech habits simply make manifest what we uncertainly believe. It does not have to be this way, of course, and both Steven Guthrie and James Smith summon readers to a more vibrant pneumatological faith.

Following this, Guthrie anticipates a common fear: that total submission to the Spirit entails a loss of self. If God acts omnipotently, do we lose our distinctive agency in the process? Or as Christian youth might put it, forcefully though fuzzily: "It's all God, not me." Is it? Or is it that the creature possesses its own sphere of activity over against God's sphere? Not an easy subject this, but Guthrie navigates the terrain skillfully. Under the Spirit's governance, human activity is mysteriously both fully God's and fully ours, though God always is the initiating and sustaining one. Moreover, the Spirit frees us not only from something but also for something: a creative receptivity to others.

Are we perhaps here to say: House,
Bridge, Well Gate, Jug, Fruit Tree, Window—
—at most, Pillar, Tower … but to say—oh!
to say in this way, as the things themselves
never so intently meant to be.

Guthrie wonders here if we might not be able to perceive the work of the artist in ways similar to the Spirit's work. Each "seeks to bring about a fitting conclusion or a satisfying whole. Each strives toward beauty." With an eschatologically oriented, cruciform view of beauty always in sight, Guthrie maintains that the parallel is apt. Though I found this the weakest chapter in the book (perhaps by attempting to cover too much in too little space), it nonetheless whets the appetite for further investigation. Life in the Spirit, Guthrie concludes, is not about an unsayable apprehension of the inner self. It is about our participation in the life, death, and resurrection of God in Christ, through which we are given a foretaste of perfected humanity.

From theology we move to philosophy. Where Guthrie counters poor ideas of the Spirit, Smith contests the presumption that Pentecostalism has little to offer the discipline of philosophy. Can anything good come from Pentecostals, except exotic, mostly embarrassing anecdotes from a bumpkin people? Smith unapologetically asserts: yes. "Far from being a seething bed of emotionalist anti-intellectualism," he writes, "pentecostal spirituality can be a source for philosophical critique."

Borrowing from Charles Taylor's language of the "social imaginary," Smith insists that Pentecostalism must be seen chiefly as an affective constellation of practices and embodied rituals that offers itself as a distinct way of thinking—in short, as a "passional orientation" rather than a strictly doctrinal tradition. Smith identifies five distinctive features of this orientation. The first is a position of radical openness to God doing something new. This for Smith involves a constitutional openness to alterity or otherness. A second feature is an "enchanted" theology of creation that perceives creation as especially charged with the presence of the Spirit, but also, no less, with other spirits and powers. Third is a nondualistic affirmation of embodiment and materiality, where physical healing informs what we imagine possible in the world. Fourth, Pentecostalism is rooted in an affective, narrative epistemology. Smith remarks:

[I]f our emotions construe the world before and more often than our intellectual, cognitive perceptions, then the shape of our emotions makes our world most of the time—in which case, discipleship would be more a matter of training our emotions than of changing our minds.

A final feature of Pentecostalism is as an eschatological orientation to mission and justice.

What then is Pentecostalism's distinctive contribution to philosophy? Against deistic tendencies, Pentecostal spirituality questions the language of God "interrupting" the so-called "order of nature" in favor of a view which assumes "that the Spirit is always already at work in creation." (To my mind, the Scriptures offer a hearty amen to this view.) Against metaphysical naturalism, Pentecostals invite us to embrace an en-Spirited world. This involves important implications for Christian engagement with the philosophy of science. Against a desiccated view of humanity as a "thinking thing," Pentecostal philosophy advances a holistic anthropology, where bodies and emotions are seen not as a distortion of knowledge but as vehicles for critical insight into human experience.

Against an exclusive attention to beliefs, Pentecostal spirituality repeatedly draws our attention to believers. Echoing Alasdair MacIntyre, Smith shows how Pentecostal worship reinforces the postmodern critique of "pure ideas," as if ideas alone, apart from their storied context, granted us better access to human history. And against the notion that speech is neutral, Smith suggests that speaking in tongues, as a kind of language of the "multitudes" or "dispossessed," can become illuminative to social and political philosophical inquiries.

In sum, if all philosophical investigations are socially located, as indeed they are, then Smith argues for a certain "epistemic right" of Pentecostals to offer a critique of, and a contribution to, contemporary philosophical discussions.

As someone who attended an Assemblies of God youth group in high school and pastored a charismatic church for eight years, my interest in these books is not slight. Our need for pneumatologically intelligent material that also captures our imaginations is a considerable one. To the extent that Guthrie and Smith satisfy this need, we owe them a debt of gratitude.

My question to both is the same: What would it look like to embed these reflections on the Spirit in the practices of the church? Apart from such embedding, the ideas, surely, remain impotent. What then would need to change in our practices of worship—our songs, our sermons, our prayers? What teaching or research practices might need to be added to educational endeavors? What personal practices might be required to enact the reality of the Spirit's participation in the "ordinary" and "enchanted" aspects of our life?

This is a pressing question for the heirs of Azusa Street no less than for the rest of us. While Pentecostal songs stir the emotions to vibrant praise of God, one wonders whether the emotions are valued for the sake of an ecstatic experience—i.e., in "escape" from creation—or, as Smith contends, for the sake of a holistic anthropology. While bodies are healed in Pentecostal settings, as I have witnessed, a sound theology of work, play, creation-care, and medical science is often sorely lacking. In what sense is a nondualistic view of the world a "core element" of Pentecostalism, when Pentecostal believers, often enough, in fact practice otherwise? While these questions might require additional volumes to discover fitting answers, Guthrie and Smith at least point us in the right direction.

Karl Barth once remarked that humans discern their place in the "great game of creation" by the illumining work of the Spirit—not by taking their pulse. With Creator Spirit and Thinking in Tongues we are offered an invitation to inhabit a richly en-Spirited world and to discover our particular place in it. For that fine invitation, we can thank the Holy Spirit too.