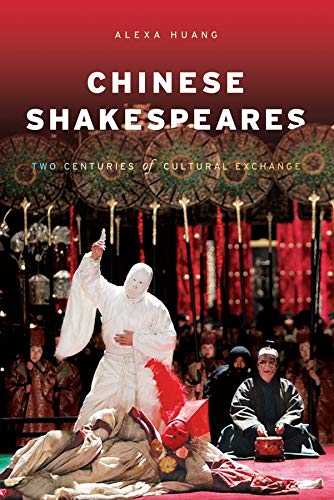 One of the best-known modern examples of "Chinese Shakespeare" is Ye Yan, a 2006 film first released under the English title The Banquet and more recently marketed under the more alluring title The Legend of the Black Scorpion. A Hollywood teaser might tout the film as "lush and luxurious, framed against the backdrop of the opulent court of the Emperor of China." A sinologist would be more likely to draw out the film's setting at the collapse of the Tang Empire in a time called the period of five dynasties and ten kingdoms. Those in film studies might begin by classifying the film as a Hong Kong film in the wuxia genre. And a Shakespeare scholar would immediately classify the film as a Hamlet derivative set in 10th-century China.

The literary theory Alexander C. Y. Huang develops in Chinese Shakespeares: Two Centuries of Cultural Exchange questions the fragmented nature of these approaches, arguing for a more synthetic approach. Even the terminology should be carefully considered to avoid a fractured or unbalanced interpretation. The phrase "Shakespeare in China" has implications that go one direction only. By contrast, Huang argues, "Chinese Shakespeares" promotes the idea that Shakespeare has an effect on China and that China likewise affects Shakespeare—and that is a key component of his approach.

When China and Shakespeare meet, each of them is transformed into something rich and strange—or, less ideally, something merely strange (to both Western and Chinese audiences)—and Huang's book attempts to navigate and negotiate the waters of this sort of transformation. He notes the dissatisfaction that can arise when a particular instance of Chinese Shakespeare is erroneously classified as "too Shakespearean" or "too Chinese." Instead, Huang maintains, the entities themselves must stand on their own merits.

The value of Huang's book is twofold: it offers and expands the literary theory necessary to approach the intersection(s) of China and Shakespeare, and ...