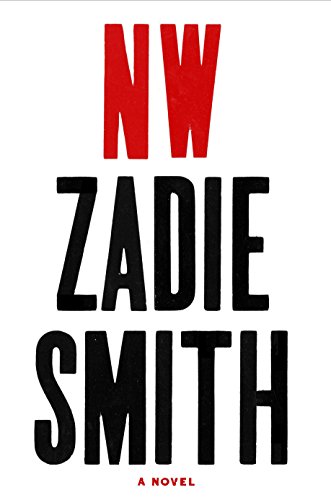 Omniscience that stints on tenderness.

Zadie Smith's first novel, White Teeth, seals four Englishmen and a Bengali in a tank just after World War I's end, and it seals a genetically altered mouse in a transparent diorama on the eve of this millennium. It crumbles the Berlin Wall in slow-motion for a TV audience, and it crumbles 1907 Kingston by dint of enough earthquake to awe a Jehovah's Witness. White Teeth, then, zigzags across 20th-century history by way of Willesden—a corner of London where marriage and school and pubs yoke stodgy veterans to Jamaican evangelists, smug white biologists to estranged brown twins, and so on.

As for Smith's latest novel, NW, it simply zigzags across Willesden. Or the quadrant of London, anyway, that contains Willesden: the northwest one. True, as in White Teeth, schooling ties the characters (now each thirtysomething) together; social-worker Leah Hanwell, lawyer Natalie (née Keisha) Blake, mechanic Felix Cooper, and addict Nathan Bogle all attended, as kids, a school named Brayton. And public housing unites them, too. Give or take a wheeled tea cart, all four have grown up with little in the way of privilege.

Other connections between these characters, though, prove inconsistent. Leah and Keisha, for example, become best friends in girlhood, in a wading pool, prior to any consciousness of ethnic difference (Leah is white, Keisha black) and remain close friends, although not without lulls and tiffs. Conversely, both know Nathan Bogle, during school, mostly by his enticingly bad reputation, which petty crime and drug abuse downgrade, afterwards, to the occasional unhappy sighting. And Felix Cooper they know only in adulthood and only for his newsworthy obituary.

Thus, when the second section of NW, "Guest," trails Felix for a day between its renditions of Leah's story (Part 1, "Visitation") and Keisha/Natalie's (Part 3, "Host"), the interruption seems unwarranted. At the same time, keeping company with Felix is a relief because it is only his death—not his ...