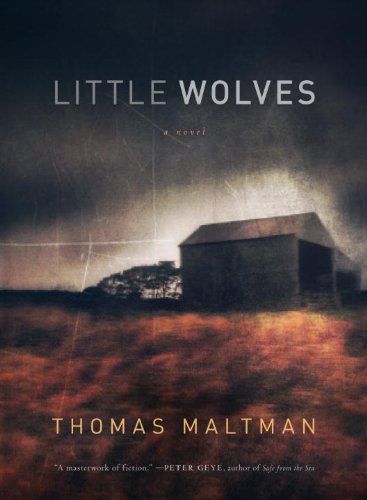 A new novel by the author of "The Night Birds."

If you like bachelor farmers, Lutheran churches, and Minnesota towns that time forgot, but you find Garrison Keillor's Lake Wobegon too relentlessly cheerful, you might want to read Thomas Maltman's Little Wolves. This is the second novel for Maltman, who teaches English at Normandale Community College just south of Minneapolis. His award-winning first novel, The Night Birds (Soho Press, 2007), re-creates the fears and sorrows not only of a Minnesota pioneer family but also of the Native American clan who fought them during the Dakota War of 1862. There are bad guys in both camps, and even the sympathetic characters see and do appalling things. Yet Maltman keeps hope alive—barely—by filtering the story through two likable teenagers: a girl who experiences both sides of the conflict, and, years later, a boy who listens to her account of that terrible year.

Little Wolves is much darker than Night Birds. Most of its teenagers are far from likable. Evil—human, natural, and perhaps supernatural—underlies the story. There is a smidgeon of redemption at the very end: at least one of the main characters thinks he has reclaimed one boy from hell. But hell is so pervasive up to that point that it's easy to suspect it's still lying in wait, ready to pounce.

Both of Maltman's novels, literary fiction that they are, begin in a fictive present—1876 in Night Birds, the late 1980s in Little Wolves—and then work forward and backward until, toward the end of the story, the reader can put the pieces together and understand, more or less, what was going on all along. The day before the beginning of Little Wolves, Clara Warren, "six months pregnant, a pastor's wife, [an English teacher,] a stranger living in a small town," ignored her insistently ringing doorbell. Something terrible followed shortly thereafter. We know this because Clara cannot bear to go to church, and because late the previous night three coyotes entered the graveyard "like a storybook ...