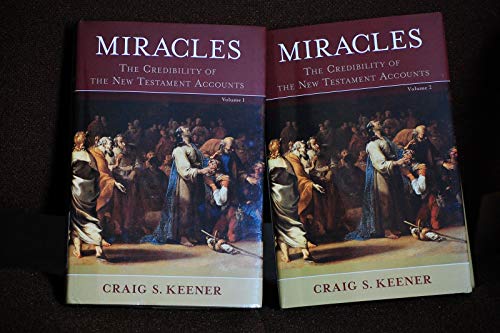 How credible are accounts of miracles?
January/February 2013

David Hume's essay on "Miracles" is one of the most influential products of the European Enlightenment. The essay, in reality a chapter in Hume's Enquiry Concerning Human Understanding, fits quite oddly into the book; it isn't even clear that it is consistent with other things Hume argues. Some think the chapter was included by Hume so as to ensure that the book would gain enough notoriety not to be ignored, the fate that had befallen his earlier Treatise Of Human Nature. Though Hume's argument against belief in miracles has been endlessly discussed and frequently refuted (including by myself), it is still a staple in philosophy of religion courses. Despite the refutations, I would guess that many secular philosophers suppose that Hume's argument continues to make rational belief in miracles difficult or impossible.

Most readers see Hume's case against miracles as having two distinct elements: First, Hume offers a general argument that belief in a miracle would be unreasonable even if we had very strong testimony in support of the miracle. The heart of this argument is a claim that miracles are so inherently improbable that it is always more probable that a report of a miracle occurring is false than that the miracle actually took place. Second, he argues that the actual testimonial evidence in support of miracles is quite weak. One reason this is so is that claims of miracles "are observed chiefly to abound among ignorant and barbarous nations." Hume says that when we examine the "first histories of all nations" we find ourselves "transported into a new world" in which ordinary natural processes are overwhelmed by "prodigies, omens, oracles." The reader of such histories is bound to wonder why "such prodigious events never happen in our days."

One might wonder whether Hume would have found reports of miracles quite so uncommon if he had left the streets of Enlightenment Edinburgh and talked with fisherman and farmers in the Scottish countryside. (Chesterton has a nice discussion of the credibility of accounts of the miraculous coming from ordinary uneducated people in Orthodoxy.) Nevertheless, one can understand Hume's point here, especially when viewed against the backdrop of Catholic-Protestant polemics in the post-Reformation era. Many Protestant theologians, including the Scottish Presbyterians surrounding Hume, had adopted a "Cessationist" view of miracles. To counter Catholic claims of healing miracles at the shrines of saints, Protestants had argued that miracles, though performed by God at the founding of the Christian church, occur no longer, or at least are extremely rare.

Craig Keener's massive two-volume study, Miracles: The Credibility of the New Testament Accounts, is not primarily a philosophical reply to Hume. Keener is a New Testament scholar, and his goal, as the title implies, is to show that belief in biblical miracles is reasonable. However, Keener recognizes that the whole debate is transformed if we reject the "Cessationism" of Hume's theological contemporaries, and also recognize the clear falsity of Rudolf Bultmann's famous dictum that "it is impossible to use electrical light and the wireless and to avail ourselves of modern medical and surgical discoveries, and at the same time to believe in the New Testament world of spirits and miracles"[1] The fact is that in today's world there are hundreds of millions (if not billions) of people who believe in spirits and miracles, and who cheerfully flip light switches and use "the wireless" (cell phones included). Such people may be confused or irrational but they certainly exist. All this means that the debate about whether miracles happened in biblical times cannot and should not be divorced from the question of whether miracles happen today.

Keener's study includes hundreds of reports (selected from thousands) of credible eye-witness accounts of miracles. Many of these occur in what he calls the "recent West," thus clearly undermining Hume's assumption that miracles stories always come from "ignorant and barbarous tribes" in far-away times and places. However, even more such claims come from the global South, and Keener has carefully collected, critically examined, and evaluated a mass of such claims from Africa, Asia, and South America. The miracle stories, many from people Keener personally knows, include healings from blindness, healings of those unable to walk, even resurrections from the dead and nature miracles.

It is not possible in a brief review to do justice to the quantity and quality of this evidence. Of course different readers will approach the material with vastly different assumptions about what is possible and what is probable. However, for those willing to look at the evidence, many of the testimonies have the ring of sober truth. Here is one story, chosen more or less at random: A medical doctor named Tonye Briggs, currently practicing in Texas but working in Nigeria in the 1980s, had a woman patient with such a serious condition that a colleague who was a gynecologist had to perform a tubal ligation. The woman prayed for healing during a healing crusade and three months later was found to be pregnant by the same doctor who had removed her tubes. The gynecologist could only marvel, "Your God is great." After the child's birth, a special X-ray confirmed that the woman had two healthy tubes, a test that was witnessed by Dr. Briggs himself.[2]

Keener's book contains far more than contemporary reports of miracles. He surveys the history of Christian thinking about miracles, deals in a scholarly way with the immense philosophical literature, and looks at the arguments of biblical scholars. Nevertheless, I think what makes this book particularly noteworthy is the way Keener demolishes two of the key assumptions behind Hume's argument. Hume assumes that the evidence for miracles is always testimonial evidence, and never firsthand experience. Although Keener himself is offering us testimonies, it is clear that many of the people whose testimonies he reports do not accept Hume's assumption; they believe they have directly experienced miracles. The second assumption is Hume's claim that miracles stories only come from far-off times and places and from uneducated people. This claim was very likely false in Hume's own day, but is clearly wrong today. As Keener himself puts it, the "a priori modernist assumption that genuine miracles are impossible is a historically and culturally conditioned premise. This premise is not shared by all intelligent or critical thinkers, and notably not by many people in non-Western cultures."

A striking feature of the miracle accounts that Keener provides is that a great number of them occur at the time when the gospel is being introduced to a culture for the first time, and have as one of their effects massive conversions and rapid church growth. This pattern is reproduced time and time again from India to China, from the South Pacific to Africa. Although many of the stories come from Pentecostal and neo-Pentecostal churches, as one might expect, a surprising number come from more traditional Protestant bodies as well as Catholics, with experiences sometimes transforming the theological views of Western missionaries.

Keener is careful and cautious in the claims he makes. He admits it when he is unable to verify or document a story and candidly confesses his own lack of medical expertise. He recognizes that some of the stories he has collected may be fraudulent. Nevertheless, it is hard to see how a sympathetic reader could be sure that this is true of all such stories, unless the reader is in the grip of a philosophical assumption and simply is not open to empirical evidence at all. At the very least, Keener's work shows that the fact that the New Testament contains miracles stories is no reason to believe that the New Testament is the product of legends that accumulated years after the events being reported. Eyewitness claims of miracles were common in the ancient world and they are common in today's world. It may be possible to argue that such claims are false, and that the witnesses are deluded or mistaken, but it is not plausible to argue that such claims are not made by eyewitnesses.

It may be tempting for some ethnocentric westerners to dismiss the stories Keener tells that come from the global South, but it is a temptation that is the product of arrogance. The witnesses Keener summons are not ignorant or credulous people, and they know very well that God does not always answer prayer, and that miracles do not happen on demand. Their voices are ones we need to hear.

We live in a world where the center of world Christianity has clearly shifted. Such writers as Andrew Walls and Philip Jenkins have urged us to recognize the significance of this fact. Andrew Walls goes so far as to say that in the future "what happens in Europe, and even in North America will matter less and less. It is Africans and Asians and Latin Americans who will be representative Christians; those who represent the Christian norm, the Christian mainstream of the twenty-first and twenty-second centuries."[3] Inspired by these developments, historian Joel Carpenter is editing a whole series of books for Baker Academic, called "Turning South," in which such noted scholars as Nicholas Wolterstorff, Mark Noll, and Susan Van Zanten explain how their perspective on their work has been transformed by the new face of global Christianity. Craig Keener's book is not part of Carpenter's series, but if it is read carefully and seriously it will help many philosophers and theologians to see how parochial much of the Western argument about miracles has been. The argument about miracles must take account of the sober claims, made by educated as well as uneducated people, that God is still in the miracle business.

C. Stephen Evans is University Professor of Philosophy and Humanities at Baylor University. His book Natural Signs and Knowledge of God: A New Look at Theistic Arguments has just been issued in paperback by Oxford University Press.

3. "Christian Scholarship and the Demographic Transformation of the Church," in Theological Literacy for the Twenty-first Century, ed. Rodney L. Peterson, with Nancy M. Rourke (Eerdmans, 2002), p. 173.

And there are many miracles that don't get put on the miracle radar. Especially in hospitals. You have only to ask doctors and nurses in surgical and critical care units if there were things that happened beyond their skill and their ability to explain.