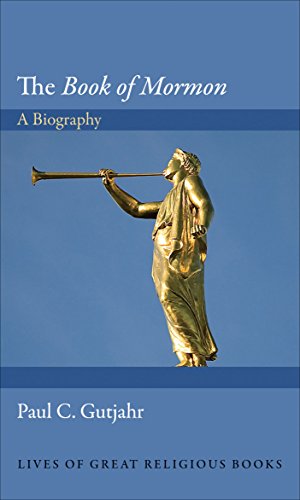 Enlarge the Place of Thy Tent

A biography of the Book of Mormon.

In the summer of 1830, Parley P. Pratt, an itinerant preacher in western New York state and attracted at that point to the "primitivist" teachings of Alexander Campbell, borrowed a copy of the Book of Mormon. He was so taken up with what he read that he had difficulty eating or sleeping until he finished the volume. He then immediately set out for Palmyra to meet Joseph Smith. The Mormon prophet was not there, but Pratt did meet a number of Smith's associates, and on the first day of September he was baptized in Seneca Lake by Oliver Cowdery, the "Second Elder" of the newly established Mormon church.

The co-authors of a recent biography of Pratt—they dub him "the Apostle Paul of Mormonism"—note that his conversion followed a different path from the one traveled by most other new adherents in those early days. "Up to this point," they report, "the vast majority of converts to Mormonism had been drawn from the Smiths' immediate circles." These converts "first encountered Joseph Smith and his revelatory claims and then read the Book of Mormon," with the book functioning in their minds primarily "as a sign of a divinely sanctioned restoration." Pratt, however, first "became convinced of Mormonism's truth claims by reading the Book of Mormon and not through association with Smith."[1]

In one sense, the difference between Pratt's conversion and that of other early converts to Mormonism is a non-issue. Joseph Smith's claim to being a vehicle for divine revelation and the authenticity of the Book of Mormon are both so important to the faith of the Latter-day Saints that someone could start with one or the other, as long as both end up being embraced. But in terms of logical sequence, affirming the content of the book is secondary. Mormonism's differences with classical Protestant theology do not rest primarily on Mormonism's claim to have one more authoritative body of revealed writings than the rest of us acknowledge—"Another Testament of Jesus Christ," as ...