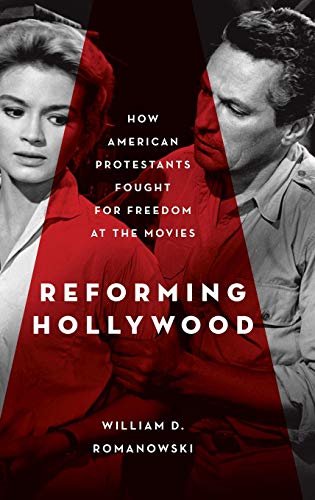 Blind-Sided at the Box Office

Last summer, the Southern Baptist Convention's retail division, Lifeway Christian Resources, made headline news when it pulled copies of the 2009 movie The Blind Side from its shelves and online store in response to belated concerns about the film's wayward ways. Though The Blind Side has been widely regarded as family- and faith-friendly inspirational fare, it contains some salty language, including an occasional expletive, the use of God's name in vain, and a racial slur—albeit one employed in order to depict the context of the film's most sympathetic character, a teenaged black boy from the Memphis housing projects. No matter—a pastor from Florida submitted a resolution for banning The Blind Side to the SBC in the weeks before the 2012 annual meeting, and Lifeway decided to pull the film from its shelves.

What's odd about this turn of events is that until the Lifeway decision, The Blind Side had made religion news as a rare case of Hollywood doing right by Christianity. The film is based on journalist Michael Lewis' terrific book about a wealthy white evangelical family who took in a troubled and impoverished black teenager and helped him create a new life for himself and a successful career in the National Football League—Michael Oher, the boy from Memphis, is now a veteran offensive lineman for the Baltimore Ravens. The film, made for just under $30 million by the Christian director John Lee Hancock, was a surprise hit in the early winter of 2009 thanks in part to Hancock's light touch in representing faith convictions and in part to the efforts of Grace Hill Media, Hollywood's go-to marketing firm for pitching films to evangelicals. With the help of Grace Hill's ability to get the word out to churchgoers, The Blind Side made over $250 million during a 28-week theater run and even unseated one of the Twlight sequels from the top of the box office.

What gives? Is The Blind Side for and about Christians, or is it unfit for Christian consumption? Lifeway, the Floridian pastor, Hancock, and Grace Hill may play for the same religious team, but they don't seem to be using the same playbook.

As readers of William Romanowski's account of Protestant Christianity and the American film industry, Reforming Hollywood: How American Protestants Fought for Freedom at the Movies, will understand straightaway, the Blind Side brouhaha is not that unusual—it's just another sequel in the ongoing story of the relationship between Christians and the movies. In this studiously researched book, Romanowski recounts Protestant interactions with Hollywood from the silent era until today. All in all, he finds something like a perpetual Blind Side effect—Protestant Christian leaders setting themselves up as stewards of American film culture, but with curiously divergent methods.

Though we have several outstanding histories of American film—my favorite is Robert Sklar's Movie-Made America—religion is usually a missing character. In most accounts, film seems to have developed as an entirely secular enterprise, even though, as Romanowski notes, some of the key players in film's early history (top directors as well as the executives at the helm of the Motion Picture Producers and Distributors of America) were people with religious commitments. Even when religion is not missing from our histories, it tends to be miscast. Religious characters appear as scourges—film's cultured despisers who step in and warn (in the earliest days of cinema) of five-cent "trips to hell" and (later) boycott and blame Hollywood for a nation's declining morals and (all along) beat the drum for strict, enforceable censorship. The movies themselves have helped perpetuate these characterizations—think of the backwater fundamentalists in Stanley Kramer's Inherit the Wind (1960) or the End Times prophet-cum-suicide bomber in Robert Zemeckis' Contact (1997). The only Christians that seem to fit into the Hollywood frame—whether that of Hollywood itself or those who study cinema—are culture warriors straight from central casting.

To be sure, such characterizations are inspired by real figures—one need not Google far to find a recent example of some Jerry Falwell/James Dobson/Pat Robertson figure preaching brimstone to the entertainment industry. But such voices are louder than they are representative, and Romanowski's research makes it abundantly clear that the truth of the Protestant establishment's involvement in Hollywood is far more complex and more interesting.

If the furious rise of the film industry is one of the most important American stories of the entire 20th century, that rise was accompanied by—and at times framed and determined by—major shifts that were occurring within American Protestantism. At the dawn of film, Protestants were "relish[ing] their status as the established religion" of the country, and their "sense of inherited authority" came with an assumed mantle of cultural custodianism. Romanowki reminds us that Protestants understood their core values—individual conscience, justice, and overall stewardship of the country—as concomitant with the values of American democracy. But things were about to change for Protestants, and Romanowski cleverly observes that the surge of the American cinema industry throughout the 20th century occurred alongside "the transition from Protestant to pluralist America."

The key theme here is indicated by Romanowski's subtitle—even as Protestants sought a moral movie culture, they also wanted a liberated movie industry, one that could create and market movies without the threat of government censorship. Early movies were not subject to constitutional free speech protections—the Supreme Court ruled in 1915 that movies were "a business pure and simple"—and although a National Board existed to review films and shield audiences from obscenities, early cinema was rife with indecency. So the specter of federal regulation hung over Hollywood for years, with many religious leaders and groups, including the most conservative wing of Protestantism and Catholic organizations such as the League of Decency, calling for federal regulation. Protestant leaders worked to balance a desire to inculcate a civil and upstanding American culture with a firm belief that such a culture could not and should not be enforced from the top down. Insiders such as Will Hays, a former Postmaster General and the first president of the Motion Picture Producers and Distributors of America, essentially spent their careers trying to pastor Hollywood, encouraging the increasingly monied and powerful industry to practice self-restraint even as it embraced the opportunity to make financial and artistic gains.

Romanowski recounts the work of Hollywood's Protestant reformers with an astonishing level of detail and clarity. We get lots of notes on the role that the Federal Council of the Churches of Christ in America (later the National Council) played in both rebuking and reforming Hollywood output. We get the Protestant side of the history of the Production Code Administration, the office that reviewed the moral content of most every Hollywood film script (pre-production) between the 1930s and early 1960s. (The Catholic side has been well covered, particularly in Thomas Doherty's Hollywood's Censor: Joseph I. Breen and the Production Code Administration.) We get to understand how Protestants helped shaped the early iterations of the ratings system that we have (and appear to be stuck with) today. We get several intriguing and amusing anecdotes about the behind-the-scenes wrangling over prominent films, including the "critical and commercial disaster" The Greatest Story Ever Told (1965), which managed to lose the first-ever "Christian Oscars" to The Pawnbroker, Sidney Lumet's film about a Jewish Holocaust survivor. We get an assessment of recent strategies to market movies directly to evangelicals on their own terms—the "Here we are now! Entertain us!" approach to dealing with Hollywood, which never seems to produce artistic or even box-office success.

Romanowski insists that his book is not an exhaustive history, and it's clear that the work is really an extended argument about the nature and extent of Protestant influence in Hollywood. Still, Romanowski covers an awful lot of ground, and the book signals just how much there is to study for those interested in the often-curious, always-complex intersection of Christianity and the movies.

At a film studies conference a couple years ago, I listened to a prominent film historian talk about the role national Catholic leaders played in the development of the film industry in the middle of the 20th century. Later, I asked him about the role of Protestants in that era. He raised one eyebrow at me: "There wasn't one," he responded. That view is precisely the one Romanowski aims to correct. Reforming Hollywood should become the standard secondary source for anyone interested in the role Protestants have played in the history of Hollywood—and in understanding how their work has helped shape, for better and worse, the cinema we have today.

Patton Dodd is the executive editor of Bondfire Books and a contributing editor at large for Patheos.