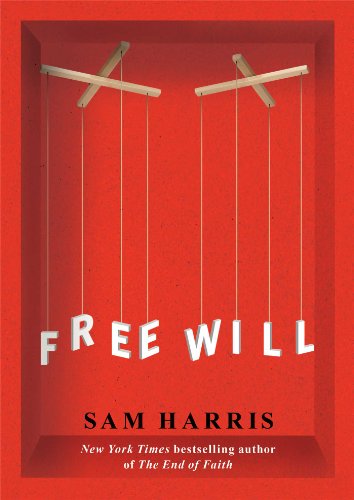 Sam Harris on free will.

It's not at all clear to me why Harris devotes most of his energy to arguing that we don't have maximal autonomy. But he does also declare that we don't have freedom in the ordinary sense: "we know that determinism, in every sense relevant to human behavior, is true. Unconscious neural events determine our thoughts and actions—and are themselves determined by prior causes." How do we know that? Harris puts it like this: "Either our wills [i.e., our decisions and choices—AP] are determined by prior causes and we are not responsible for them, or they are the product of chance and we are not responsible for them." Another way to put it: either I am determined to do what I do by prior causes, or I do what I do by chance. In the first case I clearly don't have freedom. But the same holds in the second: if what I do happens just by chance, then too I don't do it freely (if I can be said to do it at all), at least not in a way which implies that I am responsible for that action.

This is a familiar argument, and one with a long history. But is it a good argument? I don't think so. Why think that if it is within my power to perform an action, but also within my power to refrain from so doing, then what I do happens just by chance? Maybe I have a good reason for doing what I do on that occasion—then it wouldn't be just by chance that I do it. Last Sunday you contributed money to your church; no doubt on that occasion it was within your power to refrain from contributing. But it surely wasn't just by chance that you made that contribution. It isn't as if you just flipped a coin: "Heads, I'll contribute; tails, I won't." No; you had a good reason for contributing: you want to promote the good things your church does. We Christians think God freely arranged the whole marvelous scheme of Incarnation and Atonement, whereby we sinners can once more be in a proper relationship with God. God did this, and did it freely; it was within his power to refrain from so doing, thus leaving us in our sins. But it surely doesn't follow that he did it just by chance!

This argument is a complete failure. There is one further kind of argument that Harris presents. He considers cases in which someone performs an act of horrifying evil: he enters a crowded movie theater and begins shooting. We then learn that this person is suffering from an invasive brain tumor or a serious psychological disorder; this makes us disinclined, or anyway less inclined, to hold him responsible for his action. That's because we think this person was caused to behave in this way by the tumor, and wasn't really free to act in any other way at the time of that behavior. So we recognize that people are sometimes unfree in their actions. But then, says Harris, can't we see that the same really goes for any other behavior on the part of that person, or any other person? If the killer's behavior is determined by previous circumstances and natural laws, isn't the same thing true of the behavior of any human being in any circumstance? He apparently thinks there is no relevant difference between a case in which a normal person kills someone else just for the thrill of it, and a case in which someone does the same thing, but is suffering from a brain tumor "the size of a golf ball in his medial prefrontal cortex." As he says, "There is no question that our attribution of agency can be gravely in error. I am arguing that it always is."

I found myself intrigued by this article and wrote for myself a long essay on the subject, looking at the scientific deterministic approach that in its logical ad infinitum takes every move thought and other mass/energy/dimension movement an inevitable accident of the yet unexplained asymmetry of the big bang. At some point in there the concept of free will can fit in that determinism, or it can be part of the scientific proof of divinity. It is the stuff of a vibrant, prayerful discussion over a cup of coffee at the Grill.