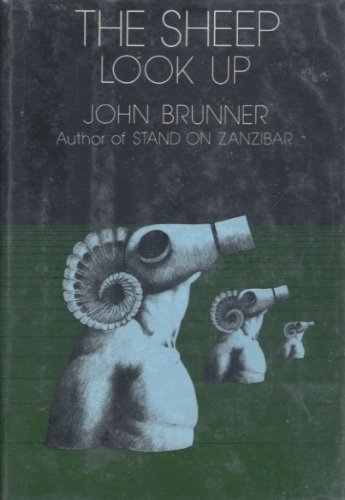 Through many years writing about books, there have been a good number that I have found so dreadful that I can hardly bear to discuss them. In only one instance, though, have I held off from writing about a book because I was seriously afraid of the consequences of making it better known—actually, my self-restraint lasted for a decade. The work in question is The Sheep Look Up, a novel by British science-fiction writer John Brunner, which first appeared in 1972, and which offers a detailed blueprint for the destruction of the United States by means well within the reach of contemporary terrorists. But despite its alarming quality, it also demands attention as one of the greatest modern examples of apocalyptic literature. The Sheep Look Up is the centerpiece of a sequence of Brunner novels that appeared in the decade after 1966 and which, taken together, represent a deeply impressive literary achievement at least on a par with that of Philip K. Dick. Far more than much of the mainstream literary output of the 1960s and '70s, Brunner's genre writing cries out to be recalled from oblivion.

John Brunner (1934-95) was a prolific author of what might easily be dismissed as pulp fiction, author of such titles as Secret Agent of Terra. At the same time, he was profoundly aware of the real and immediate dangers threatening human civilization, perils that could only be discussed by extrapolating them into apocalyptic visions. He wrote the anthem for the British Campaign for Nuclear Disarmament, "Can You Hear the H-Bomb's Thunder?," but he also picked up the early warning alarms from other looming global dangers. In 1968, his hugely praised Stand on Zanzibar depicted a world in the process of Malthusian crisis and environmental ruin.

The basic idea of ecological crisis is familiar enough today, but Stand on Zanzibar still amazes by Brunner's dazzling literary techniques. He uses imagined ephemera to reveal a whole future society in all its various dimensions—through ...