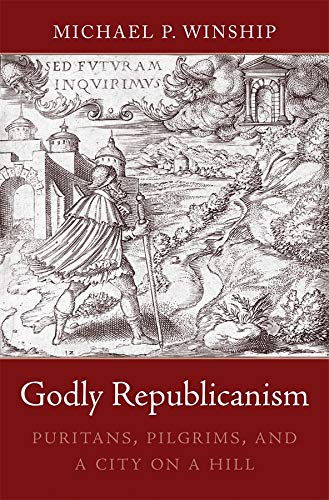 Trends in the study of the Puritans have long functioned as a mirror reflecting broader cultural trends. For George Bancroft in the decades before the Civil War it was the Puritans as heralds of democratic freedom. Progressive historians at the turn of the 20th century treated Puritans as the kind of repressed, mean-spirited, theological bigots that right-thinking Americans were finally learning to live without. In the era dominated by the shocks of Depression, World War, and Cold War, Perry Miller and a host of historians in his train returned to respect the Puritans precisely because of their intellectual rigor, high-mindedness, and lofty moral aspirations. A significant number of evangelical Protestants in the mid-20th century and after have followed the lead of Martyn Lloyd-Jones in finding the specifics of Puritan theology the perfect medicine for a spiritually diseased age. In the 1970s and later, American social historians reflected the culture's displacement of "hegemonic" ideals by ideals attending to the marginal and the victimized, or by no ideals at all. These historians moved early New England studies away from high theology to explorations of land acquisition, generational conflict, the female life course, Indian wars, economic transactions, and the survival of magic.

If this rough account of correlations between scholarly trends and cultural trends holds, it is intriguing to ask what the fine crop of recent books on the Puritans reveals about our era. Scholarship on Jonathan Edwards, who lived at the very end of the Puritan period, has never been so comprehensive and so sympathetic to Edwards main concerns.[1] Essays in Books & Culture have recently drawn attention to outstanding books by Mark Valeri and David Hall that, while obviously benefiting from the research of social historians and by no means providing simplistic propaganda for the Puritans, nonetheless argue persuasively for their significance in theological as well as social terms.[2]

Now, along with other important studies, comes Michael Winship's meticulously researched argument for the distinctly "republican" character of early New England.[3] Winship displays considerable respect for Puritan efforts to live up to their name—that is, to purify self, church, and society and so fulfill the incomplete promise of the English Reformation. In particular, the book details the significant achievement of the Puritans in establishing a godly political order in the new world, but also the many reversals, ironies, and unexpected twists that attended that achievement.

Godly Republicanism exploits sources on both sides of the Atlantic to explain what the Puritans accomplished. The achievement arose from their character as the real Protestants of their age. Other Protestants might claim to be following the Bible, but Puritans were positively obsessed with the effort to define the church in truly scriptural terms. This obsession then led on to political consequences flowing naturally from that effort. Winship patiently challenges several ideas long accepted by scholars of 17th-century New England before he is ready to draw his own conclusions: