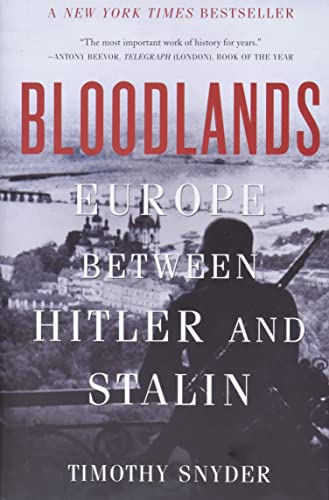 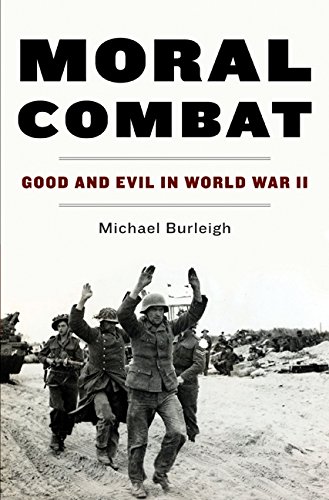 The Moral Imperative of History

Timothy Snyder's Bloodlands is a powerful history of the Soviet and Nazi political mass murders from 1933 to 1945 in the contiguous area from central Poland to western Russia. By focusing on the deliberate killing of approximately 14 million people in the zone where Soviet and German power overlapped, Snyder makes a convincing case that the mass murders in this region constitute a "distinct phenomenon worthy of separate treatment." In the process, Snyder significantly improves our understanding of what could well be humankind's worst catastrophe.

The "bloodlands" were that part of Europe where the most Jews lived, where the imperial plans of both Stalin and Hitler overlapped, where the huge armies fielded by Nazi Germany and the Soviet Union fought savagely, and where the Soviet NKDV and German SS concentrated their deadly efforts. During World War II, the bloodlands witnessed multiple continuous occupations, especially in those parts of Poland and the Baltic states that Hitler conceded to Stalin in a secret protocol of the nonaggression pact of 1939. Snyder notes that the sector of the bloodlands east of the Molotov-Ribbentrop line was where the Holocaust began and where most of the NKVD persecutions of the 1940s took place. "Molotov-Ribbentrop Europe," a joint production of the Soviets and the Nazis, was also where more than a quarter of the German killings of the Jews occurred, as well a massive amount of ethnic cleansing.

The killing began with the deliberate starvation of 3.3 million Soviets, mostly Ukranians, in 1932-33. It continued in the Great Terror of 1937-38, during which approximately 700,000 more Soviet citizens—most of them peasants or members of national minorities—were shot. The Germans and the Soviets cooperated in the destruction of Poland; between 1939 and 1941, the two regimes killed some 200,000 Poles, including many intellectuals. The German invasion of the Soviet Union led to the starvation of another 4.2 million people, including Soviet prisoners of war as well as inhabitants of Leningrad. In addition, the Germans shot or gassed some 5.4 million Jews. Finally, in the partisan wars for Belarus and Warsaw the Germans killed another 500,000 civilians in reprisals.

Although Snyder does not subscribe to Hannah Arendt's thesis that the Nazis and Soviets were totalitarian twins, he does show how the policies of Germany and the Soviet Union often functionally mirrored each other. Stalin wished to rapidly collectivize the Soviet Union; Hitler sought to colonize the western Soviet Union for Nazi Germany. And when they encountered failure, both dictators revised their utopian visions and shifted the responsibility elsewhere for the catastrophes they unleashed—Stalin the kulaks, Ukrainians, and Poles; Hitler the Jews: "After collectivization starved millions to death, this was adduced by Stalin to be evidence of a victorious class struggle. As the Jews were shot and then gassed, Hitler presented this, in ever clearer terms, as a war aim in and of itself. When the war was lost, Hitler called the mass murder of the Jews his victory." Snyder reveals how adept both Stalin and Hitler were in using romantic justification and, later, rationales of preemptive self-defense to make mass killing appealing or at least seem like the lesser evil. For example, young Ukrainian communist activists who took food from the starving were convinced that they were contributing to the triumph of socialism. And many Wehrmacht officers claimed that letting Soviet prisoners of war and citizens starve to death would enable their own men to eat and live.

Snyder asserts that "Europe's epoch of mass killing is overtheorized and misunderstood." He argues that our understanding of the Holocaust is skewed by the hold that Auschwitz has on our collective imagination, which has in turn generated theorizing on the deep dysfunctionality in modern society. Before we draw such theoretical conclusions, he contends, we need a better factual foundation of "what actually happened." Without in any way reducing the horror of the concentration camp experience, Snyder notes that the "tremendous majority" of Germany's victims were killed outright in gas chambers, killing fields, and starvation zones. A sentence to the concentration camp at Belsen, for instance, was one thing, whereas transport to the Belzec death factory was something else: "The first meant hunger and labor, but also the likelihood of survival; the second meant immediate and certain death by asphyxiation." In fact, almost none of the 14 million people killed in the bloodlands by both regimes saw a concentration camp. The timing and geography of liberation by American and British forces "placed German concentration camps at the center of the most important cinematic images, whereas in fact American and British forces never entered the bloodlands and never saw the sites where the Germans (or for that matter the Soviets) carried out their worst crimes."[1]

The silence of good people allows things like the Holocaust to happen. It starts with one unopposed voice, and the evil that voice shouts can grow to engulf a nation. Germany prior to WWII showed us that process. Could it begin again here? Just think about the following that was preached in a fundamentalist church in North Carolina several weeks ago, gaining national media attention for all to hear: “Build a great big, large fence – 50 or a 100 miles long – and put all the lesbians in there. Fly over and drop some food. Do the same thing with the queers and the homosexuals, and have that fence electrified so they can’t get out. Feed them. And you know in a few years, they’ll die out. You know why? They can’t reproduce.” The overwhelming silence of Christian leaders in America in response to that sermon was deafening. And why? Can anyone imagine Jesus saying anything remotely similar to what that preacher said in His name? Yet the silence of the Christian community continues even today.