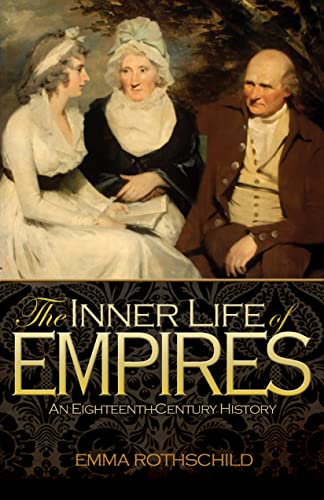 Big and Little History Both

The British Empire in the 18th century.

In September 1771, a young woman went on trial for infanticide in Perth, Scotland. Four months earlier, a passerby had found the body of a baby boy wrapped in a linen cloth in the river Leven. The body had "the marks of violence upon him." Execution was the likely sentence if the court found her guilty: ten years earlier, another woman in Perth had been convicted, hanged, and then "publickly dissected" for the same offense.

Identifying the mother was easy because the child was not white. She was a slave owned by John and Elizabeth Johnstone. The Johnstones had met in India, where John had made a fortune as a merchant and tax collector with the British East India Company. When they returned to Scotland, the Johnstones took several Indian servants with them, including the woman who would later find herself on trial for murder. Her name is uncertain. In the court records she went by Bell or Belinda.

A conviction was likely. Bell or Belinda had concealed her pregnancy and given birth alone, both of which were evidence of infanticide in 18th-century Scotland. There was one witness who could have helped, but he was in London. Fearing the worst, Bell or Belinda therefore petitioned the court to transport her: "May it therefore Please your Lordships to Banish me to one or other of His Majestys Plantations or settlements in the East or West Indies or in America." The judges accepted, and entrusted her to a merchant "to be sold as a Slave for Life." Bell or Belinda sailed from Glasgow on January 12, 1772, arriving in Virginia on March 31, 1772.

She was probably not guilty. The locals had been horrified by her behavior: keeping the child for two days after the birth, then wrapping him in a cloth and throwing him in the river. But an 18th-century translation of Hindu burial rites described how "they burn not … an infant who has not cut its teeth, but bury them, or throw them into the river." The traditional period of mourning ended on the third day.

Transportation was the best ...