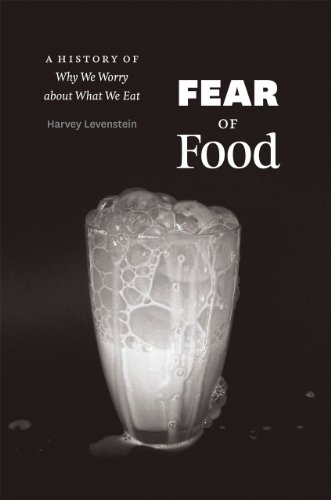 You are what you refuse to eat. However broad we may claim our tastes to be, all societies have foods that disgust or intimidate them: substances that can theoretically be eaten for nourishment but which, if eaten, would mark the consumer as ignorant, gross, unclean, unfit for human company, and (possibly) racially inferior. Whales, dogs, frogs, locusts, and horses all provide protein to some human communities somewhere, although even discussing those creatures as menu items can make many Western readers queasy—just as unsettled, in fact, as religious Muslims and Jews become in the presence of pork or ham. These fears are richly illustrative for social attitudes. Sometimes the dislike can have religious roots; sometimes it reflects human attitudes toward one particular kind of animal, although not to its near-related kin; and sometimes it claims to be based on a conviction that the food in question is actively harmful or dangerous.

As modern society notionally extols science as its chief source of objective wisdom, it is not surprising that our own food taboos often arise from scientific claims. The problem, of course, is that scientific certainty is a very malleable thing. Anyone who saw Woody Allen's 1973 film Sleeper will recall how scientists in the far future struggle to comprehend the preferences of a 1970s health food aficionado. But surely, they ask in wonderment, did he not have access to deep fat, to steak, cream pies, and fudge? Was there really a time when such wonderful foods were regarded as dangerous and unhealthy? That is exactly the opposite of what we know in our own enlightened 22nd century.

In his engaging, thoroughly researched, and well-written study Fear of Food, Harvey Levenstein offers a history of the major themes in pseudo-scientific dietary alarmism since the late 19th century. He focuses chiefly on the United States, suggesting in effect that Americans over the past 130 years or so have been subjected to successive waves of alimentary terrorism, which have instilled into them something like a pathological fear of food. (I would question this exceptionalism: Europeans are not less subject to food panics, they just succumb to different ones). While several of these panics have subsided or been discredited, other very similar concerns still haunt us today. And even those earlier concerns that are supposedly dead and exorcised have left relics in the form of popular folklore about Good and Bad Foods.

Although he could have taken any number of examples, Levenstein wisely focuses on several main case-studies, each of which had at its center a leading advocate who boldly publicized claims about a particular menace—in social science terms, these figures were moral entrepreneurs, who in their way tried to reshape society as comprehensively as an industrial entrepreneur like Henry Ford. One such was Elie Metchnikoff, the Russian who proved to his own satisfaction the dangers posed by harmful bacteria multiplying in the colon. This caused the dreadful condition of "autointoxication," which caused human beings to die in their 70s and 80s instead of enjoying the 140-year lifespan to which they were naturally entitled. (Metchnikoff, I am happy to report, died at age 71.) Although the long-term solution to the problem was self-evidently the surgical removal of the colons of most patients, society might take years to reach the cultural maturity to accept such drastic measures. In the meantime, anyone desiring health and longevity needed dietary change, and above all a recognition of the benefits of that obscure miracle food, "yogurt."

Among his other claims to fame, Metchnikoff pioneered what would become a familiar habit among food advocates, by identifying a distant people somewhere around the globe whose healthy natural diet prevented them from acquiring Western ailments. Although Metchnikoff pointed to supposedly long-lived Balkan shepherds as his exemplars, later generations would find equal wonders among primitive peoples in the Caucasus or Himalayas—peoples whose healthful reputations endured until any more critical scientist chose to examine them skeptically.

Levenstein then describes other succeeding waves of concern that in many ways reproduced the autointoxication fad, including concerns over tainted beef and milk in the 20th century, and the later fascination with vitamins as the source of all health and well-being. Elmer McCollum played the entrepreneurial role in the vitamin scare, Ancel Keys in the modern panic over saturated fats ("Lipophobia"). Although Levenstein never denies the existence of quite authentic problems, for instance involving contaminated meat or milk, he scrupulously distinguishes between real and imagined dangers; the irrational concerns that he describes fully merit the name of "panic."