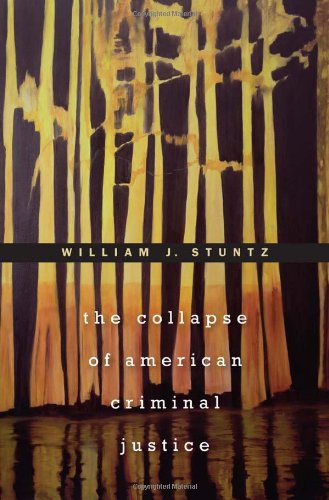 The last testament of an exceptional legal scholar.

Not so long ago, crime, especially urban crime, seemed truly uncontainable. Ronald Reagan said the streets of America's cities were "jungles." The sociologist John DiIulio, now known as the first head of the White House's Office of Faith-Based and Community Initiatives, posited that a new class of "superpredators" was emerging on America's streets.

In one sense, this is a story we've seen before in America. A century ago, the turmoil in America's cities was equally alarming. That earlier crime wave, like the more recent one, followed a massive migration. The late 19th and early 20th century brought more than 30 million Europeans to America, particularly to the cities of the Midwest and Northeast. The more recent migration was internal: over the course of the 20th century, seven million blacks moved from the South to the same cities that had earlier been transformed by European immigration.

The more recent crime wave differed from its predecessor in two important respects. First, it was far more severe. (Although crime ticked up in the early 20th century, the increase was remarkably mild given the combustible mix of predominantly Catholic immigrants, many fleeing countries that were themselves at war, settling in a Protestant country in the midst of an industrial revolution.) Second, the crime rate continued to rise even after the rate of incarceration increased, and rates of incarceration remained remarkably high even after the crime wave abated.

In The Collapse of American Criminal Justice, Bill Stuntz explains America's journey from there to here as a severe malfunction of both politics and law. The politics of 19th- and early 20th-century criminal justice were, in Stuntz's telling, local. They took different shapes in different regions—with large police forces and comparatively low incarceration in the North and Midwest, and fewer police, more volatile rates of imprisonment, and more vigilante justice in the South. But there was a common theme: the police, the ...