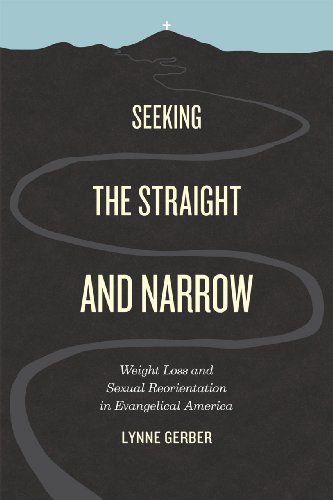 In the early part of this presidential election cycle, Republican candidate Michele Bachmann's husband came under scrutiny for his practice of helping those with same-sex orientations attempt to change. The episode proved good for little else than the inevitable litany of jokes and accusations. Mr. Bachmann's practice may be more sophisticated than simply "praying the gay away," as it has been dubbed, but in a cultural context where homosexuality is viewed as "natural," any attempts to "cure" it are simply nonstarters.

Not long after Bachmann faded, Chris Christie's ongoing flirtation with a run for the presidency raised a half-hearted round of questioning (and another whole-hearted round of jokes) about whether his weight would keep him out of the Oval Office. The question was ultimately moot, as Christie decided not to run. But not before the ladies on The View, who seem to be vying to replace Jerry Springer as ringmasters of the most irritating shouting match on television, managed to get their jabs in. They spent an entire segment yelling at each other (literally) over whether Christie's weight should keep him from the job.

Evangelicals sit in a somewhat paradoxical relationship with these cultural narratives about homosexuality and weight, as Lynne Gerber argues in Seeking the Straight and Narrow: Weight Loss and Sexual Reorientation in Evangelical America. On the one hand, most of the movement resists the prevailing view that homosexuality is not only acceptable but inviolable and inalterable. The past 30 years have seen a steady proliferation of so-called "ex-gay" ministries, the most prominent of which is Exodus International. Such ministries are tasked not only with fulfilling their institutional vocation of helping those with same-sex desires live faithfully but also with defending their legitimacy and distancing themselves from their problematic methods of the past (think shock therapy).