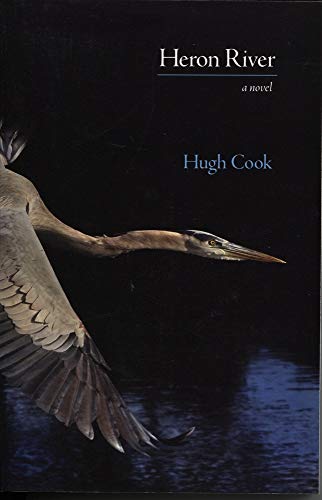 A Canadian story of darkness and grace.
July/August 2012

You're a postwar Dutch immigrant and a lifelong member of the Christian Reformed Church. You also write stories. You know fiction does not always mix easily in your confessional tribe or the broader evangelical world. We like the facts, Ma'am, just the facts—which too often we confuse with the truth, the whole truth, and nothing but the truth. That could make your life difficult. Funny thing, though: your people tell stories too. Maybe they yearn for something "just the facts" can't always deliver.

So, you teach English for decades at Redeemer University College (Ancaster, Ontario). You absorb true stories from the immigrants and the wider Canadian world into which they have dived, prospered, and suffered. You discover an affinity between all those stories and the poetic and historic truth of the Christian faith whose people always need their storytellers, even if they don't always understand them.

All the while, you keep writing with a saint's dogged perseverance. Your precision, your unerring eye for place and faultless ear for conversation coalesce into two collections of short stories and two novels since 1985. A steadily growing readership hangs on every word, every character, every unpredictable slip, shift, and drift in the unfolding tales.

In the early 1980s, you publish Cracked Wheat. Those stories tease community foibles while re-framing moral choices made by Canada's newcomers. In one memorable story, a college student—was that maybe you?—drives a Lower Mainland British Columbia summer bread route for college tuition. He manages to veer away from sexual temptation along the way. Old values count in a new land.

Over the years, your eye, ear, and imagination sharpen. In Homecoming Man, you draw an aging, ill, war-surviving widower. Turned secretive and morose, he suffers mutely. His doctrinaire piety is often a dry well that can't lave his memory's festering horror and guilt. His son, hoping to reclaim home after broken ventures in fast-lane North America, clashes with his father. Though largely rejecting his father's arid faith, he thirsts for spiritual rebirth. He digs a new well that, astonishingly, taps the old man's deep biblical-theological springs and finds hopeful freshness.

For years you listen to students from backgrounds other than your own who crowd your classes. You record conversations with people you meet around the corner, in coffee shops or on the road. Those all condense into Home in Alfalfa's twenty closely linked stories. Of course, you describe the Dutch Reformed folks becoming saints. But now their Canadian neighbors mix colorfully in a new pattern. This comic collection relieves Homecoming Man's deep pain.

You teach for seven years after Alfalfa, then retire early to knit a new, longer novel, more ambitious in structure, story, and characters than earlier offerings. After your daily five-kilometer run, mornings and afternoons fly by as you mold characters, tune dialogue. You stitch five main characters' lives together like sleeves finally sewn on a sweater. In an interview you say, "500 words make a very good day." How many 500-word days does it take to shape sentences and paragraphs, all blossoming into chapters full of color and honesty? Fourteen years after Alfalfa, you present us with Heron River, as lovely a novel as I have read in a long time. Long in the making, the wait was worth it. Thanks, Hugh Cook.

Heron River is also a physically attractive book. I wish the evocative cover photo of a blue heron by Jamie Felton were gracing a dust jacket on a hardcover rather than a paperback. This book merits a binding to endure repeat readings. Here Cook carries readers ever deeper into Canadian culture without abandoning the community that spun the yarns of earlier books. Now that immigrant community is second- and third-generation, its Dutch accent heard only softly in the whisper of Madeline's invalid father. Madeline's and her son Adam's stories carry the other three characters and their interwoven plot-lines.

Adam, apparently an innocent like his biblical namesake, nevertheless lives with juvenile fantasies that other twentysomethings would have outgrown. Adam, however, is unlike his peers. As a boy, he fell into an unknown well hidden in his backyard. Nearly drowned, he recovered physically but suffered lasting brain damage. Like all of us, Adam lives a mix of joy and anguish; like of all us, he must make choices. Emily, who needs a room close to a bathroom, moves into his group home. Adam gives up his room reluctantly. In deep turmoil, he runs off, is rescued by a compassionate older gentleman, and resolves to live in his new room—a grand, difficult moral choice.

Madeline embraces her own deep suffering. Years earlier, burdened by guilt for not averting Adam's accident, she finds her marriage dissolving. She teaches for years, even after developing multiple sclerosis that slowly shrinks her world. Still, she sees Adam almost daily, giving him as much independence as he can handle away from his group home. She also gently attends her father. Having not attended Bethel Church for years, Madeline is surprised by grace when she learns that the young pastor has been visiting her father too and reading him psalms in Dutch. Madeline: perhaps an echo of Magdalene, another enigmatic woman whose suffering was resurrected to loving loyalty by Jesus' healing?

Cook also gives us Jacob, an adopted boy, no athlete like his sister, but clever. So clever that when he gets stop notices from his paper route customers, he breaks into their homes almost unnoticed. He doesn't steal; he just wants to sate his curiosity. Or is he compensating for being adopted? Jacob's a deceiver, all right, but also a confirmed Anglican. Cook massages that conflict movingly as the deceiver becomes an altar boy. Jacob agonizes over his own unworthiness. In the mystery of the Eucharist he finds grace that promises to turn deception into devotion. This is no deus ex machina but rather winsome gratia ex sacramento.

Evil flashes darkly in Orrin, a brutal young man with a broken past. His petty and larger violent crimes stain the stitches of the novel's plot, reminding us that not even small-town Ontario is really safe.

The orderliness of benevolent law, so often caricatured today, draws the reader in through sympathetic policewoman Tara. Her tooth broken in the line of duty—among other daily indignities experienced on the job—does not turn her cynical. She remains a dedicated constable while also a gracious and graceful harried mother.

Cook places these people in the plain yet compellingly attractive geography of southwestern Ontario. Locals will recognize his "Lakeport" as Hamilton—a steely lunch-bucket town. "Caithness" could be Caledonia or Dunnville. The "lake" is Lake Erie. The road that Adam takes on his lonely hike to the lake could be any country road driven by farmers in pick-up trucks and the thousands of bikers heading to Port Dover every Friday the 13th.

In a time when we wander, often aimlessly, from career to career, to and from unknown places we try to make into homes, Heron River gives us a stirring literary hint that stability and order are not utopias but livable possibilities. Kathleen Norris in Dakota, Will D. Campbell in Forty Acres and a Goat, and Ronald Jager in Eighty Acres gave us palpable senses of place in memorable nonfiction. Now Hugh Cook has done that in 278 pages of multi-layered, high-reaching fiction that tells a lot of truth.