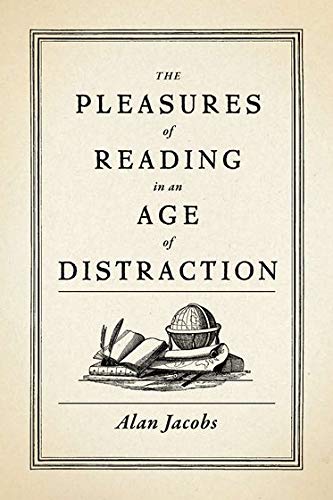 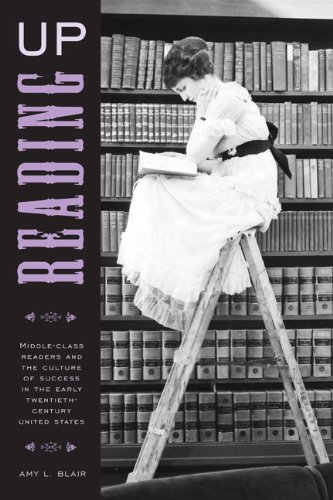 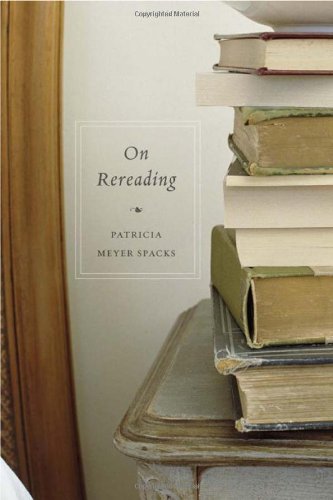 In his 1896 guide to reading, Books & Culture, Hamilton Wright Mabie observed that "To love a book is to invite an intimacy with it which opens the way to its heart …. One who loves books, like one who loves a particular bit of a country, is always eager to make others see what he sees." Alan Jacobs is one such lover of books, and in The Pleasures of Reading in an Age of Distraction, he helps us see what he sees—or, more precisely, he helps us see how he sees books.

Reading Jacobs is a supreme pleasure, not least because of his here-rococo-there-avuncular voice (shades of C. S. Lewis, about whom he's written at some length). Also, Jacobs has that rare and enviable skill of choosing just the right gems from his own reading and offering them to his readers. (To wit, this fabulous line from an interview with Zadie Smith: "I always feel a disappointment coming out of English departments, as if all these brilliant people are gathered and poised to study something and all they have to study is … these things? Novels? But they're so … smoooshy …. It depresses me, how embarrassed people seem to be about novels, how much they want them to be something else.")

And, as readers of this periodical well know, reading Jacobs is pleasurable in part because his opinions and affections defy prediction and typicality. Jacobs is an English professor, so you might expect him to turn up his nose at bestselling mass fiction—but in Pleasures, he zealously defends the Harry Potter series. Jacobs has a decidedly curmudgeonly streak, so you might expect him to shun e-readers—but in Pleasures, he reveals that a Kindle actually saved his reading life. As Jacobs explains it, his reading was being poisoned by distraction. Increasingly, whenever he settled in with a good novel, his hand reached for his iPhone; he would play with said iPhone while reading, thus he paid less attention to the novel in question, thus he enjoyed reading that novel less. Unexpectedly, it was more technology that delivered him from this state. One day, Jacobs was standing at his local Borders (may it rest in peace) carrying a great stack of books, including Diarmaid MacCulloch's 800-page The Reformation, and Neal Stephenson's 960-page Anathem. Where was he going to put them all, Jacobs wondered. "Forget this, I said to myself. I'm getting a Kindle. And I did." The Kindle "kept me reading." Using an e-reader, Jacobs found that his attention stayed fixed on Anathem. His hand had something to click, so he needn't reach for his iPhone. Furthermore, unlike many other technological devices, e-readers (at least in their present incarnation) "promote linearity." It takes so much effort to reverse the forward motion of the Kindle that the person reading doesn't—and then he finds himself wholly absorbed in whatever novel or political exposé or sonnet cycle is right there in front of him. All this led Jacobs to conclude, contra readerly Luddites (like me), that "it's not reasonable to think of 'technology' … as the enemy of reading."

The true enemy of reading is a sibilant voice that begins telling us, around about middle school, that reading is something we do not because we enjoy it, but because it will make us somehow better. The voice tells us that reading is something we should do—we should read a book the way we take a vitamin. Jacobs' The Pleasures of Reading is, above all, a brief for enjoyment. Jacobs reminds us that most of us learned to read by being read to as children—we learned to read in the lap of a loving parent, grandparent, or aunt. Reading thus "starts for many of us in a warm cocoon of security, accompanied by an unassailable sense of being loved." But it is "gradually and inexorably" turned into "a site of stress." We have to read what we are told (explicitly or implicitly) to read, and we begin to think that reading is about self-improvement, not pleasure, let alone love. Among the culprits Jacobs blames for this are books like Mortimer Adler's 1940 How to Read a Book. Such instructive manuals have taught a large portion of the American reading public to be suspicious of books that aren't in some way "certifiably good for you." Jacobs wants you to read the books that delight you.

The conflict between these two rival conceptions of reading has a very long history, one episode in which is the subject of Reading Up, an interesting first monograph by Marquette University English professor Amy L. Blair. Blair teases out the logic that, she argues, came to dominate American reading in the early 20th century: readers strove to "read up," that is to improve themselves and elevate their status by reading those books that "experts have deemed 'the best.'" The late 19th and early 20th century saw the publication of books that anticipated Adler—for example, Noah Porter's 1881 Books and Reading: Or, What Books Shall I Read and How Shall I Read Them? and Robert Sturgiss Ingersoll's 1916 Open That Door! Porter, Ingersoll and other literary guides borrowed tropes from more generic American success manuals and applied them to the bookstall: Reading was a means of self-improvement, and strivers wanted to learn to read better—to read the right books, the books that would help them get a leg up in this world.

Thank you for the review. I read Pleasures of Reading this past summer and this review reminded me well of why I have been recommending it to many of my reading friends.