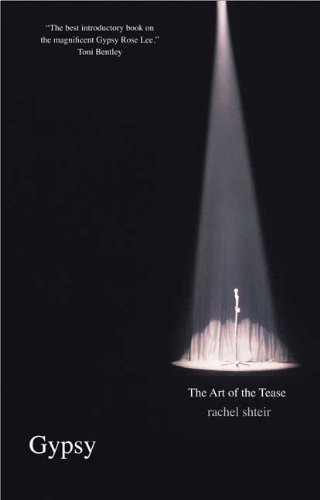 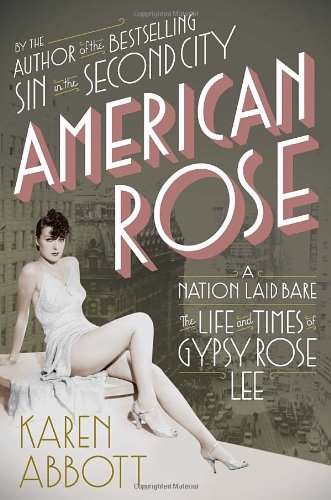 You can say a lot of eloquent things about the relationship of the human male and female, but no amount of poetic drapery can cover up the fact that sex is simply—well, funny. Not funny in the wink-wink nudge-nudge way (that's just irritating); funny in the same way that our ears are funny: those lumpy animal appendages to the streamlined human head, as if Steve Jobs had attached Victrola horns to an iPod. Sex has that same animal weirdness, to which we add our distinctly human tension between exhibitionism and shame, between the push-up bra and the hoopskirt. We flaunt what we ought to cover up while we're ashamed of things as natural as breathing. I'm sure that when Adam and Eve went looking for something to cover their nakedness, they combed the garden for the gaudiest fig leaves available.

One woman famous for not covering her nakedness was Gypsy Rose Lee, the long-legged, big-toothed burlesque star who once outpolled Eleanor Roosevelt as the most popular American female. Gypsy's striptease—down to a couple of polka dot bows and a G-string—wouldn't cause much of a stir nowadays. Our celebrities show more skin in the average PETA ad. But even during Gypsy's heyday in the late 1930s, nudity was barely the point. Her gimmick was ladylike comedy. In her most famous monologue, "Psychology of a Striptease," she feigned high-mindedness:

Have you the faintest idea of the private life of a stripteaser?
My dear, it's New York's second largest industry.
Now a stripteaser's education requires years of concentration
And for the sake of illustration, take a look at me.
I began at the age of three,
learning ballet at the Royal Imperial School in Moscow.
And how I suffered and suffered for my art
Then, of course, Sweet Briar, oh those dear college days …

Reciting those lines in the lisping tones of a spinster librarian, Gypsy removed each patch of clothing in a carefully choreographed order, stopping now and then to drop a pin into a tuba, or let a ...