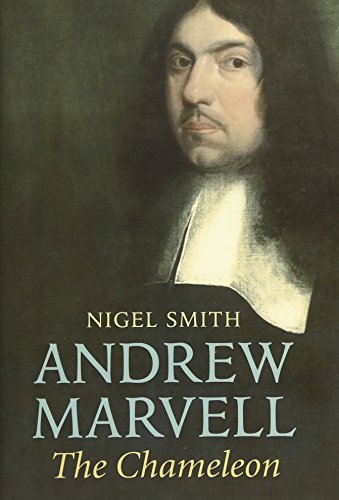 Portrait of a chameleon.

Reading the newspaper during the 2007 primaries, I came across a caricature of then-candidate Hillary Clinton that captured the humor and bite that I enjoy in 17thcentury English satire. In the drawing, Clinton is depicted as a weathervane, like the rooster on top of an old red barn or a New England church. The picture provides an ironic take on the campaign message she utters into the air: "Elect me, and I'll take the country in a new direction." We're invited to respond: Where exactly might that be? Who says you'll stay pointing in that direction?

The caricature raises important questions about the identities of public figures. To believe a campaign promise requires assuming that the candidate will remain the same person in the future as she is at present. But do we have enough information to make that assumption? How do we know that the one who promises isn't just saying what people want to hear, presenting an empty image calculated to obtain votes?

It's easy to lampoon politicians, but perhaps their efforts to manage an image are not so different from the more mundane experience of living in a diverse, polarized society, where the attempt to maintain a stable identity can feel less like the expression of a fixed position than the difficult, creative work of staying engaged in an evolving dialogue. Think of the tightrope walker bending this way and that, shifting his weight to keep his balance. We act and react, intending outcomes and adapting to circumstances. In the process, we become aware of ourselves in ways that may not square with the inferences that others have drawn based on our prior actions.

This more charitable approach to the record of one's life distinguishes Andrew Marvell: The Chameleon, a biography of the 17thcentury poet by Nigel Smith. Smith, a professor of English at Princeton University, renders a complex, secretive Marvell (162178), whose discomfort for public life existed in tension with his abilities as secretary, poet, and Member of Parliament ...