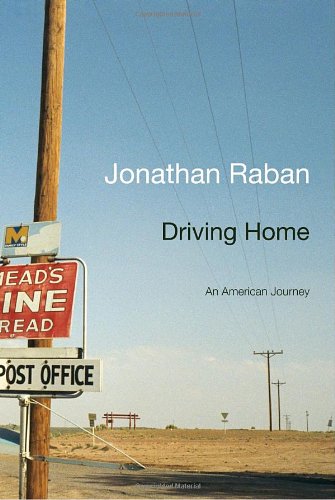 A Lesson from the Master

If Jonathan Raban doesn't write the best English prose in the world today, I don't know who does. Consider the following Raban sentence, from an introduction to Mark Twain's Life on the Mississippi:

Like the river itself, the book is labyrinthine, a succession of meanders, chutes, and cutoffs; it turns digression into a structural principle, as Twain wanders downstream, then up, branching off at will into recollections, swoops of fancy, lectures, fictions, facts, guided tours, meditations, and sly parodies.

Raban's sentence, too, is labyrinthine. Like a master riverboat pilot, however, Raban steers his way through the labyrinth without hitting a single snag, guiding the reader expertly from opening simile to concluding list.

Or consider this Raban sentence, from a newspaper piece called "Why Travel?":

Nothing short of a terrorist hijacking is likely to deflect the modern traveler from his inexorable path as he jets from one major city to another, from Trust House Forte to Holiday Inn, with CNN talking him to sleep from one end of our shrunken-orange world to the other.

Like a modern traveler, the sentence jets its inexorable path from one noun to another, nearly talking us to sleep before opening our eyes with the striking image of a "shrunken-orange world."

Or, if you prefer short sentences, try this one, from an account of Raban's travels in the hinterlands of the Pacific Northwest:

"Coyotes," Mr. Schmidt said, pronouncing the word as one might say crack-dealers.

From "Coyotes" to—wait for it—"crack-dealers," the sentence bridges the gap between Mr. Schmidt and the London or New York reader, between nature and the city, between rural and urban predators.

These and many other masterful sentences may be found in Driving Home: An American Journey, a collection of forty occasional pieces written between 1990, the year Raban moved from London to Seattle, and 2010. Some of them first appeared in British publications like Granta and the Guardian, others in American newspapers ...