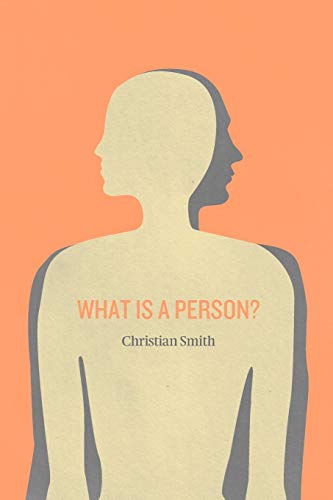 What Is a Person?: Rethinking Humanity, Social Life, and the Moral Good from the Person Up
Christian Smith
The University of Chicago Press, 2011
528 pp., 33.0

Christian Smith is one of the most prolific sociologists of religion in the world. In the 1990s, his research project on American evangelicalism produced multiple award-winning volumes, including American Evangelicalism: Embattled and Thriving (University of Chicago, 1998) and, with Michael Emerson, Divided by Faith: Evangelical Religion and the Problem of Race in America (Oxford, 2000). Since joining the faculty of Notre Dame five years ago, Smith has published several works that are more theoretical in approach, including a provocative journal essay on "Why Christianity Works."

Critics would not have quibbled with a sociological article along the lines of "How Christianity Works." An article with such a title would likely relate empirical research on the way that ordinary Christians invoke their religious faith in various social contexts, such as at home, at work, and in politics. But that was not the thrust of Smith's 2008 article. Instead, he took a more normative stance, drawing linkages among the content of the Christian faith, the positive effects Christianity has had on adherents, and the persistence of the faith over two millennia.

Smith's normative hermeneutic is even more obvious in one of his latest books, What Is a Person? Rethinking Humanity, Social Life, and the Moral Good from the Person Up. This 544-page volume is one of the most ambitious works of sociology I have read. In it, Smith endeavors not simply to offer a new theory of human personhood or to critique prevailing theoretical paradigms of social science, both of which he does exceedingly well. Rather, he seeks to invoke or reinstate—depending on your perspective—a much fuller purpose for the discipline. As he states, "A central purpose of sociology as a discipline should be to help achieve the human good." Granted, segments of the discipline have advanced this sort of altruistic vision for quite some time, but to the best of my knowledge, no sociologist of religion—and certainly ...