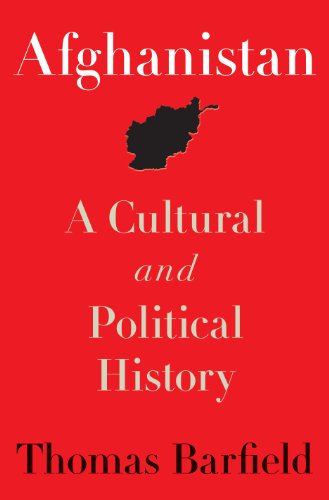 No, not "the graveyard of empires."
November/December 2011

Afghanistan is a foreign land about which we knew little before 9/11 but which intruded on our attention with sudden urgency, like Vietnam in the 1960s or, in a different context, Egypt in the 1920s. And as in those earlier instances, alas, we have continued to know very little without fully realizing the extent of our ignorance. That is a dangerous combination. It is the perfect recipe for what Edward Said famously called "Orientalism"—westerners' fabrication and imposition of identity onto "easterners" to fill the vacuum of our ignorance. I dislike making such a charge: Said opened a Pandora's Box of postmodernist criticism in the social sciences and made it too easy for lazy graduate students to dismiss good scholarship. Yet who can deny that westerners sometimes say the dumbest things about non-western countries?

Exhibit A is the deluge of books on Afghanistan over the last decade (not to mention countless bits of reportage and anecdotal lore on the TV, the radio, the web). More books have been published in English about Afghanistan in the last ten years than, perhaps, the previous ten decades. Most are war memoirs, travelogues, popular histories, journalism, or a mix of all of the above, surrounded by vast heaps of think-tank reports and policy papers. The best of this lot—Steve Coll's Ghost Wars (2004) and (despite its title) Seth Jones' In the Graveyard of Empires (2009)—offer compelling narratives of the catastrophe that is recent Afghan history. Those aside, however, very few were written by people who have spent much time in South Asia, speak the languages, or are trained social scientists. Thus we have an ever-growing echo-chamber of books quoting each other: Afghanistan has never been conquered; it is "the graveyard of empires"; it has been ungovernable for centuries; Afghans lack a sense of nationhood; Afghans are invincibly xenophobic and resistant to outsiders. In the best Orientalist fashion, almost none of this common wisdom is true.

Into this milieu, almost like a miracle, comes Thomas Barfield's Afghanistan: A Cultural and Political History. Barfield, an anthropologist at Boston University, studied Afghanistan before it was cool. He did ethnographic fieldwork in Afghanistan in the mid-1970s, years before the Soviet invasion made the country important to U.S. policymakers and an attractive career choice for scholars. Over the years he returned to Central Asia, including to Xinjiang, Peshawar, Kunduz, and Samarkand, to study nomads, refugees, and post-conflict reconstruction. He is among the three or four most knowledgeable American experts on Afghanistan living today, and his book is one of the first major scholarly treatments of Afghanistan since Larry Goodson's commendable Afghanistan's Endless War (Univ. of Washington Press, 2001) and Barney Rubin's The Fragmentation of Afghanistan (Yale Univ. Press, 2nd ed., 2002). Goodson's and Rubin's volumes focused heavily on the Soviet war and its aftermath, while Barfield takes a much, much longer view.

That is the first of many strengths in Barfield's book. Another is that he writes accessibly. For example, he illustrates the difference between modern and premodern political control by comparing American to Swiss cheese—a simple image readily graspable by an undergraduate, and one that immediately communicates the difference between the homogenous, universal control of modern states (American cheese) and the patchy, diffuse control of premodern empires (Swiss cheese) without relying on academic jargon. It is a brief discussion but of tremendous importance for a student or general reader needing a reminder that not all governments have governed the same way throughout history.

Barfield also resists simplistic historical lessons, and in fact directly addresses and undermines some of the worst offenders. "While the popular press often repeats the claim that no conqueror, including such figures as Alexander the Great or Chinggis Khan, ever succeeded in subduing the country, this is untrue," he writes. Many empires (including various empires based in Persia and India over the centuries) conquered the territory that comprises Afghanistan today and did not face revolts from the inhabitants. The myth that Afghanistan is ungovernable stems from confusing Afghanistan as a whole with its tribal areas, and confusing various governments' deliberate strategies of avoidance with the absence of governance altogether. Rulers, adopting the Swiss cheese model of government, deliberately stepped over or around the thin strip of mountainous terrain that today straddles the Afghanistan-Pakistan border and is inhabited by rural and nomadic Pashtun tribes—not because the tribesmen were invincible warriors prone to revolt, but because the terrain made government too bothersome and expensive to administer, especially in light of the lack of valuable resources the government could extract. The rest of Afghanistan, including the major urban centers, food-producing river valleys, and flat plains were regularly incorporated into the empires and political units around them without much trouble.

Which means, in Barfield's telling, that problems do not arise in Afghanistan simply when foreigners show up, when a central government in Kabul tries to govern, nor even when sectarian groups pursue competing agendas. Afghans are legendarily hospitable, not xenophobic. Some Afghan monarchs successfully maintained stability for decades at a time. And Afghans have a remarkably strong sense of nationhood that dates to the 18th century and was reinforced by the nation-wide resistance against the Soviets. Rather, problems arise when élites, either Afghan or foreign, attempt to use government to force rapid social change on the people, and when they try to impose an American cheese model of governance. That is what happened in the late 19th century, when King Abdur Rahman tried to centralize the government; in the 1920s, when King Amanullah attempted to westernize the nation; in the 1980s, when the communists tried to communize it; and in the 1990s, when the Taliban tried to Islamize it. All four faced serious popular resistance. Interestingly, this is what the British did not try to do in their various Afghan adventures, which is why their wars were shorter, less costly, and in at least one case (contrary to popular belief) relatively more successful, a point Barfield misses.

Has the international community or the Karzai government learned the lessons of Afghan history? Barfield worries that the new Afghan constitution may be forcing social change too far too fast, for example by protecting women's rights, and that it attempts to impose an American cheese model of governance on the country. He argues that the economic conditions of society—rural and agrarian—are still largely unchanged, which in his view limits the opportunities for cultural and political development. That is why he argues in his concluding chapter that decentralization, a greater focus on security, and a slower pace of social change are the best ways to achieve long-term stability.

Barfield's recommendations are a good place to start, though I am less worried than he about the pace of change or the precise balance of power between Kabul and the provinces. The government's reform efforts today are lighter, and involve more popular participation, than during previous eras of revolt, which is one reason the Taliban insurgency has been remarkably unsuccessful in attracting popular support. Barfield may also underestimate the massive economic and social changes that have overwhelmed Afghanistan in the last decade. The wars devastated traditional authority structures, including the tribes, by killing off their leaders and turning millions of Afghans into refugees. The country is one of the fastest urbanizing societies on the planet and one of the fastest growing economies in Asia, thanks to one of the largest reconstruction efforts since the Marshall Plan. Barfield himself closes the book with a reflection on some of these massive social and economic changes, yet seems to resist the natural conclusion: In some crucial respects, perhaps Afghanistan's past is no longer the most useful guide to its future.

Every book has flaws, and Barfield's has some. He says that "a society is a product of its economic base," and much of his interpretation of Afghan history rests on this materialist assumption (shared, to be fair, by a good portion of working social scientists today), leaving me to wonder what ideological, religious, or cultural influences he may have overlooked. In later chapters Barfield offers contradictory descriptions of the role of patronage in government: he clarified in an email exchange with me that, in his view, there is good patronage that reinforces the state's authority and bad patronage that hollows it out. The distinction is not always clear in the text. Finally, while Barfield is impressively even-handed in assessing the American intervention and generally avoids partisanship, this makes all the more jarring and out of place a single snide cheap shot that Barfield allows himself against the Bush Administration near the end of the work. The U.S. made enough mistakes in Afghanistan that a scholarly recounting of them is damning enough.

But these are quibbles. Barfield has written a magnificent, learned, provoking book. He knows Afghanistan better than almost anyone writing on the topic today. He matches that knowledge with keen insight into how human societies grow and change. Barfield helps us think well about a complex and distant land, which is no small achievement. He is right that governments that try to bully their people or force unwanted social change on them should expect resistance. And, of course, we don't need myths about invincible tribal warriors or the "graveyard of empires" to explain that—just an understanding of human nature.

Paul D. Miller is assistant professor of International Security Affairs at the National Defense University in Washington, D.C. He previously served as Director for Afghanistan and Pakistan on the National Security Council under Presidents Bush and Obama. This article reflects his views, not those of the U.S. government.