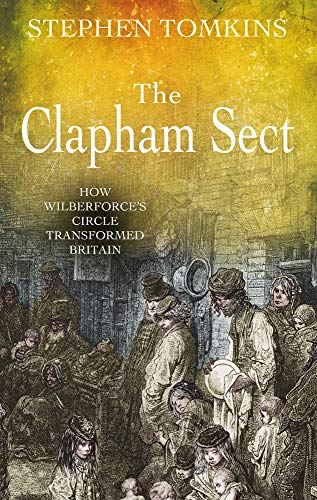 The usable legacy of the Clapton Sect.

William Wilberforce has attracted an average of one new biography every year during the past decade. As a Member of the British Parliament, Wilberforce was instrumental in bringing an end to slavery in the early 19th century. His status as a role model for evangelicals gets renewed whenever Christians focus on Christ's Lordship over issues of government, poverty, crime, prisons, and world missions.

Stephen Tomkins is associate editor of Third Way, a British magazine with some similarities to Christianity Today. The publication seeks a faith-based alternative between left and right. Tomkins wrote one of those Wilberforce biographies, in 2007. Now he has taken on the more complex task of writing about the Clapham Sect and how Wilberforce and his large circle of friends made a remarkable impact on their society.

The seeds of the Clapham Sect were planted in the Great Awakening. From that great time of revival, the Wilberforces and Stephens and Grants and Thorntons learned to share their faith; discipled one another in Bible study, prayer, fasting, and Scripture memory; started Sunday Schools; married one another; and brought children up in the nurture and admonition of the Lord. Then they also became pastors of key churches; won elections for seats in Parliament; launched overseas missions; managed businesses and often gave away half or more of their incomes; wrote influential tracts and books; and researched and wrote commentaries on social issues like slavery and abusive prisons.

They did it all in the name of Jesus, with a quality and winsomeness that many unbelievers came to admire. They also lived close to each other, in Clapham, near London, and held one another accountable in the Lord, in the spirit of Proverbs 27:17.

Tomkins superbly organizes a history of three generations of interconnected friends and families. (He even includes a genealogical "dramatis personae" at the outset: this turns out to be indispensable for following the story.) Tomkins leads off with an ...