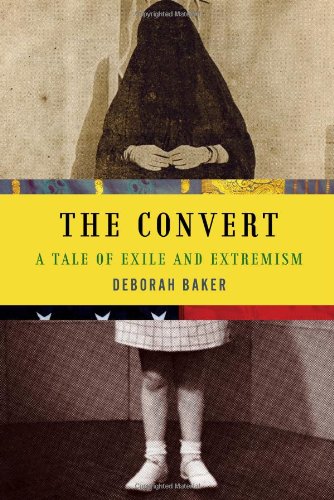 From Mamaroneck to Pakistan

The strange tale of a Jewish convert to Islam.

In May of 1961, 27-year-old Margaret Marcus took Muslim vows at Brooklyn's Islamic Mission of America. Peggy's parents—secular Jewish New Yorkers—did not oppose her decision, though they failed to understand it. A year later, Peggy, now known as Maryam Jameelah, moved to Pakistan and donned a burqa. At first she lived with the family of Abul Ala Mawdudi, founder of the Islamic revivalist movement Jamaat-e-Islami. In 1963, she became the second wife of Mohammad Yusuf Khan, eventually bearing him five children.

Chances are you don't recognize her name, but from the early 1960s to the mid '80s, Jameelah wrote dozens of books and tracts with catchy titles like Our Liberation from the Colonial Yoke and Western Imperialism Menaces Muslims. Her anti-Western writings "continue to influence the way the Islamic world thinks of the West—America in particular." So writes Deborah Baker in The Convert: A Tale of Exile and Extremism, an absorbing but odd book that bills itself a biography but reads like an epistolary novel.

Maryam Jameelah is indisputably a real person. Still living in Pakistan, she recently celebrated her 77th birthday. Nine boxes of her papers are stored in the Manuscripts and Archives Division of the New York Public Library, and many of her books are available on Amazon.com. The Convert, however, may or may not tell her real story. Muslim admirers on the web describe her as an earnest young woman who through wide reading about many religions became convinced of the truth of Islam. Her conversion caused tension in her personal life, but she persevered and became a leader first in revivalist, then in traditional Islam. Baker, by contrast, sees her as an undoubtedly brilliant but mentally ill woman whose real life has differed markedly from the persona she created in books and letters.

Maryam's story begins with three letters written in 1962 as she prepares for her new life in Pakistan. In the first, Mawdudi warmly invites Maryam to come live in his ...