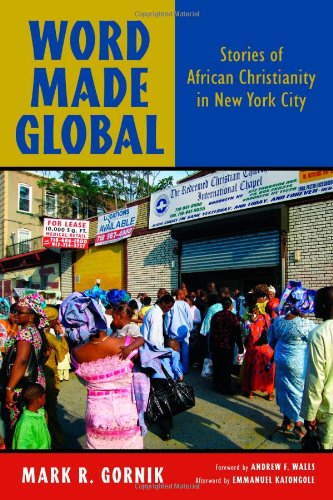 Honey in the Lion's Mouth

The standard contrast, and one rooted in the biblical record and Jewish experience, used to be between Homeland and Exile or Diaspora, but there are other models. There is a Catholic model of pilgrimage sites: pilgrims journey physically and spiritually to a holy city and return to the homeland renewed in faith and with a new religious status. In both these models Jerusalem stands at the apex of aspiration. The contemporary model may retain elements of the Jewish and the Catholic model, but it involves movement back and forth between the original homeland and a new homeland, and New Jerusalem may be in either the original homeland or the adoptive homeland, or even in both. Classic Christian doctrine declares we have "no abiding city but seek one to come," which might be the universal city or the Zion "above" we inhabit by grace, or some form of the kingdom realized here "on earth as it is in heaven." But the human desire for tangibility builds Jerusalems here and now.

If that seems a surprisingly theological way for a sociologist to begin a review of contemporary migrations between West Africa and New York, it is nevertheless an appropriate introduction for a book that brings together social scientific and theological frameworks in its title, Word Made Global, and in its exposition. Mark Gornik tells three stories of transition to and fro: between Monrovia, Liberia, and the Bronx by the Church of the Lord Aladura; between Ghana and Harlem by the Presbyterian Church of Ghana; and between Nigeria and Brooklyn by the Redeemed Christian Church of God International Chapel. Gornik's narrative recounts and analyzes inward spiritual journeys and physical migrations, and is deeply rooted in the literatures of both. It is about all the potent ambiguities embodied in the phrase "All Change," which includes the potent ambiguity of Transport and being transported. Just as Methodist churches in Mexico followed the railroad, so the West African churches of New York follow the subways. Today the population of New York includes some 100,000 people who are West African, mingling with new arrivals from other parts of Africa and the Caribbean, as well as with African Americans.

Apart from drawing on sociology and theology, this is a study in social geography and the contemporary city, in particular those cities that act as nodal points for the movement of faith across borders. That means there are many explicit and implicit comparisons with similar cities, such as London and Amsterdam. Gornik has read the extensive literature about the movement of West Africans to these other cities, and he makes an interesting point about cities of global capital as well as global capital cities. Amsterdam and New York are cities of capital, whereas London is both a city of capital and a capital city. There is a sense in which faith follows the money, and in our historical imagination we can envisage a wider backdrop, beginning in Venice and moving to Antwerp and Amsterdam and on to London and New York. It was in these cities that the chosen people of the Hebrew Scriptures, peregrinating through many centuries of exile, prefigured this latest movement of Africans to the nodal cities of the North Atlantic. Spiritual, social, and material capital collude and collide.

The religious movements most characteristic of the 21st century are voluntary in that you choose to join them rather than adhere to them automatically by territorial birthright. They are also transnational, and likely to exhibit gifts of the Spirit. The Presbyterian Church of Ghana is a mainstream church and the Church of the Lord Aladura is an African Initiated Church (AIC), but they share a friendly if rivalrous ecumenism of spiritual gifts with the explicitly Pentecostal Redeemed Christian Church of God. Categories like AIC or mainstream apply only so far, given the free distribution of charismata across the board. This comes out when you consider the three main influences affecting the Presbyterians of Ghana. The first influence goes back to the Pietist Basel Evangelical Missionary Society, and it is evident in the emphasis on heart-work and on a personal relationship to Jesus. The second influence goes back to missionaries from the United Free Church of Scotland, when the Basel Mission was expelled between 1917 and 1926, and it is evident in the Scottish Presbyterian polity, the pastoral garb, and the emphasis on preaching. But the third influence came from both the independent and the Pentecostal/charismatic churches of Ghana, and is evident in the music, prayer, and practices of healing and deliverance. Had the Presbyterians not introduced such practices, they would have continued to lose members to their independent and charismatic competitors. There was once a time when missionaries discounted unseen powers, but no longer, because, as Birgit Meyer has argued, the power of a Pentecostal approach lies in taking them seriously and defeating them.