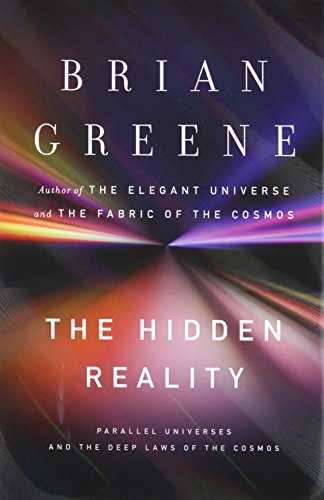 Is truth this much stranger than fiction?

Editor's Note: This article was first published in the May/June 2011 issue of Books & Culture. The author, Karl W. Giberson, is now based at Stonehill College, where he teaches writing and Science-and-Religion.

Dear Father in heaven, I'm not a praying man, but if you're up there and you can hear me show me the way … show me the way.
—George Bailey in It's a Wonderful Life

In the classic movie It's a Wonderful Life, George Bailey is treated to what historians call a "counterfactual"—he gets to look at a parallel universe that differs from his only in that he is not in it. The alternate reality, provided by his guardian angel, helps the discouraged and suicidal George appreciate the great value of his life.

Few things stimulate the imagination like a good counterfactual. What if that attempt on Hitler's life had succeeded? What if John Kennedy had lived? What if that asteroid had not struck the earth millions of years ago, driving the dinosaurs to extinction? What if, as Stephen Jay Gould speculates at the end of his book Wonderful Life, we "Wind back the tape of life, and let it play again. Would the replay ever yield anything like the history that we know?"

Ambitious counterfactuals ask us to imagine a world where we can "boldly go where no one has gone" at speeds faster than light. Or back in time. Or where alien life forms are attacking Earth. Counterfactuals have long been the stuff of fiction or speculation. They were imaginative exercises, intended to entertain or instruct. But physicists are now telling us that they may be real. Max Tegmark, a leading physicist who wrote a cover story on parallel universes for Scientific American and heads up the Foundational Questions Institute at MIT, believes there really is a world where Hitler was assassinated and Kennedy was not. There is a world where the dinosaurs did not go extinct, thus denying mammals the ecological room they needed to develop. In fact, Tegmark believes there is a world—a truly wonderful world—where George Bailey was a real character living in a real town named Bedford Falls with a real wife named Mary Hatch.

Such provocative claims are entirely compatible with leading physical theories today. Like so many of the scientific revolutions of the past century—relativity, quantum mechanics, Big Bang Cosmology—the latest speculations from our species' most fertile brains are preposterous and strange.

I thought of a maze of mazes, of a sinuous, ever growing maze which would take in both past and future and would somehow involve the stars.
—Dr. Yu Tsun in Jorge Luis Borges'
"The Garden of Forking Paths"

Brian Greene's The Hidden Reality: Parallel Universes and the Deep Laws of the Cosmos makes the case for all manner of alternate worlds, produced in every way imaginable. If we define "reality" as "all there is," there are physical theories that imply the existence of realities that include other universes with laws of nature slightly different from ours; there are implied realities with the same laws as this universe, but different histories; and there are implied realities that bear no resemblance to ours. The only thing common to all these "realities" is that they cannot be empirically detected from our reality.

Greene's resume makes him hard to dismiss. An undergraduate at Harvard and a Rhodes Scholar at Oxford, he is a professor of physics and mathematics at Columbia, and an important science popularizer. His first book, The Elegant Universe, sold more than a million copies. His second, The Fabric of the Cosmos, spent 25 weeks on the New York Times bestseller list.

In The Hidden Reality, Greene surveys nine independent theoretical possibilities for parallel universes or multiverses, as they are now called. He labels them quilted, inflationary, brane, cyclic, landscape, quantum, holographic, simulated and ultimate. They arise—sometimes quite naturally—from mathematical theories that range from challenging to impossible. With one possible exception that I will comment on later, these alternate realities are not hypothesized to explain empirical observations in our universe. The universes—and this includes the one we know and love—arise as solutions to equations.

Physicists are used to equations with many solutions. Even the simple quadratic equation we mastered in introductory algebra has two solutions. When it appears in an empirical context, we have to examine the two solutions and see if either of them or both correspond to the real world. The quadratic equation for the path of a baseball, for example, has a solution matching the path of an actual ball and another solution that does not match. Freshmen physics majors learn to throw away those solutions that don't match empirical reality.