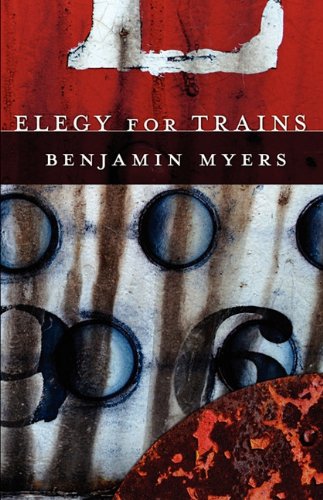 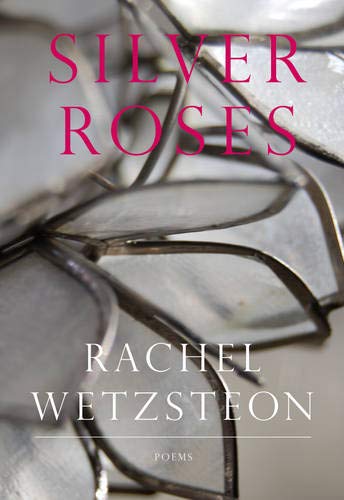 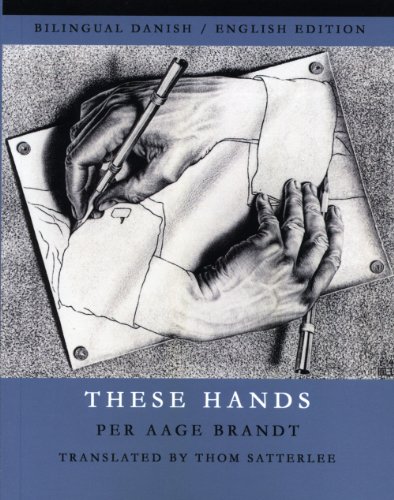 Benjamin Myers' first collection of poems, Elegy for Trains (Village Books Press), begins with epigraphs from Virgil's Eclogues and Woody Guthrie. The pairing rhymes with the little note on the author at the end of the book, where he is identified as an associate professor of English at Oklahoma Baptist University: "He has published essays on topics in poetry ranging from the Renaissance verse of Edmund Spenser to the modern experiments of John Ashbery." Here is one of Myers' poems, entitled "My Daughter Is Four":

Accidentally, I have taught
her the word
"tedious,"

which she pronounces
with such a long, cool, tumbling brook of eeee's
the word is undone.

There are poems here paying tribute to Donald Justice and to the translator Robert Fagles, and a poem-letter to Ezra Pound ("Ezra, how can I forgive / you," it begins); poems transacting business with Virgil and Lucretius; poems on Pentecost and "On Taking Communion with My Students." There's a poem entitled "Things My Grandmother Said" and one "On Listening Again to Coltrane's A Love Supreme." (Myers isn't worried about showing emotion in a way that might cause the hip to roll their eyes.) Here is one of my favorite poems from this book, titled "The Pawnshop":

I feel for sale myself in there
with the eye of the crippled TV
sitting obesely on its chair
staring at me.

The bland skin of the sullen coins,
the rubbed out gold of the watches
catch no gleam from one bulb that shines
down in blotches.

The walls are lined with instruments
left like the dead upon the field
when, under force, the battlements
are made to yield.

The balding man behind the glass,
knows his dark craft, like a canting;
he throws the bones of my thin past,
finds them wanting.

The more I have read this poem and listened to it in my head, the more I have wanted to hear it sung, by Bob Dylan or Gillian Welch or Shara Worden or some haunting voice entirely new to me.

Rachel Wetzsteon committed suicide in 2009 at the age of forty-two. Silver Roses (Persea Books), posthumously published, is her fourth book of poems. Restlessly intelligent, witty (she makes me think of Roz Chast), self-mocking, sometimes virtuosic, sometimes too insistently knowing, these poems circle around disappointed love. And running through the book is a certain gallantry that is painful in retrospect. Here is a representative poem, called "Midsummer Night's Swing":

One must live in the present tense,
observed Bette Davis, but I have
always lived in the present
tensely. Tell me
about it: two absent-minded sisters,
backward-peering and future-ogling,
took turns obscuring my vision,
and if managed a brief repose
I did it awkwardly:
my senses somehow took their pleasures
smoke and mirrorishly.

But you don't have that problem, so
train your gaze with ferocious glee,
sway your body gently
to the Dirty Dozen Brass Band
heating up Lincoln Center Plaza
and, hearing the tuba's boom,
I'll try to do the same,
for I scribbled vainly all afternoon
and later will be lovely,
but so are these current presents
that make this, for now, the only concert—
trumpet, sky, fountain, dancing eyes.

Thom Satterlee, associate professor of English at Taylor University, is a poet I admire; I have been waiting for a follow-up to his first book, Burning Wyclif, published by Texas Tech Univ. Press in 2006. He is also a translator; see Henrik Nordbrandt, The Hangman's Lament: Selected Poems, translated from the Danish by Satterlee and published by Green Integer in 2003. Now we have These Hands, by Per Aage Brandt (Host Publications), a bilingual edition with Satterlee's translations drawn from a half-dozen volumes by a Danish writer who moves back and forth between poetry (nearly thirty books) and scholarship. In his introduction, Satterlee emphasizes Brandt's immersion in semiotics, "a field in which he has authored a dozen books and roughly two hundred and fifty articles." (The back flap notes that Brandt is currently professor of cognitive science at Case Western Reserve University.)

I had never read Brandt before I picked up this book. Most of the poems are quite compact; the title (when there is one) appears after the body of the poem—at the foot, one might say, rather than the head. Here's an example:

are these hands and this whole body then
really mine, or am I more of a king clad
in purple, my head in fact is clay, I am
composed of pumpkin and plateglass
like certain insane people, here I sit with
a paper in my hand beside the fire, dressed
in heavy and wet winter clothes, unless
I'm lying naked in my bed, and this head
that still hasn't fallen asleep is already
awake while I keep dreaming?