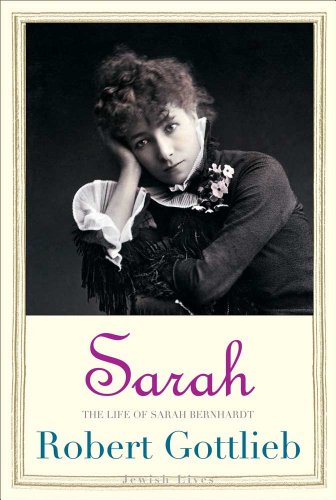 The tempestuous life of Sarah Berhhardt

Sarah Bernhardt was the most famous actor of her age. I'd say "actress," but she played so many male parts that gender seems beside the point. And I'd avoid the double meaning of the word "age" except that Bernhardt did, after all, become the world's first international movie star at 68. She doddered onto the screen as a young Queen Elizabeth, and then doddered off again to have her usual affair with her young leading man—or at least, she allowed everyone to think that she did. In describing the "divine Sarah," it's always safer to suggest possibilities rather than declare certainties. That's because Bernhardt was, according to her most recent biographer, Robert Gottlieb, a "relentless fabulist" who never settled for "anything less than the best story." Gottlieb quotes Alexandre Dumas (fils) in reference to her famous thinness: "You know, she's such a liar, she may even be fat."

Here are the (mostly) undisputed facts of Bernhardt's early life, according to Gottlieb. Born in Paris in 1844 (or was it 1843?), the illegitimate daughter of a Jewish courtesan and a mysterious father, Sarah was raised away from her family, first with peasants in Breton and then in a convent school (Youle Bernhardt had all three of her illegitimate daughters baptized). Forever feeling unwanted and abandoned, Sarah showed an early knack for dramatic scenes, once throwing herself from a window to chase after her mother's departing carriage (or it may have been her aunt's carriage, and there may have been no window), another time causing a family crisis by insisting that she was going to become a nun and marry only the Bon Dieu. Her mother wouldn't have it—"You know that, after your sister, I love you better than anyone in the world."

In between those mini-melodramas came other scenes lifted from her future repertoire as the queen of tragedy. There were tears and soliloquies, declarations of despair and threats of suicide, all delivered in that beautiful, silvery voice. Even Youle must ...