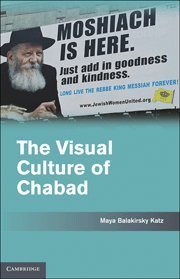 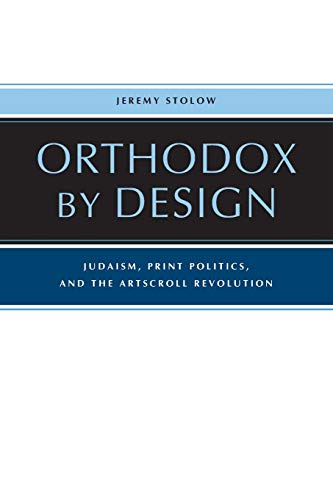 The Visual Culture of Orthodox Judaism

The medium and the message.

For several decades now, many scholars of American religion have promoted the idea that religion's central meanings may be found not just in written texts but also in material objects, pictures, and buildings. Those wondering what all the fuss is about need look no further than two new studies of Orthodox Judaism in America and beyond, which illustrate just how revealing a consideration of object and image can be. In the words of Maya Balakirsky Katz, an art historian who has published the stupendous monograph The Visual Culture of Chabad, religious groups represent themselves visually, and "visual culture"—what people look at and how they see—"not only reflects ideologies" and religious experiences "but also often creates them."

Katz focuses on "the Chabad image bank"—that is, objects and images, ranging from photographs to keychains, produced by Lubavitch Jews. She argues that this "image bank evolved to advance specific religious, political and social goals." For example, the last rebbe, Menachem Mendel Schneerson (who died without heirs in 1994), masterfully used photographs of himself to establish and maintain connections with Hasidim all over the world. This canny use of photography helped transform a religious community that had turned on a personal, seemingly intimate relationship between rebbe and individual practitioner into a sprawling international movement that numbered thousands of people who would never meet their rebbe or see him in person. One telling example: the rebbe rarely performed weddings, but he would marry couples who planned to serve as shelihim (emissaries who moved to far-flung posts, where they established Lubavtich communities and encouraged non-observant Jews to embrace religious practice). When the shelihim then settled in India or Idaho, they displayed photographs of their wedding ceremony prominently in their home, thus giving any guests a visual clue that their hospitality was blessed by the rebbe.