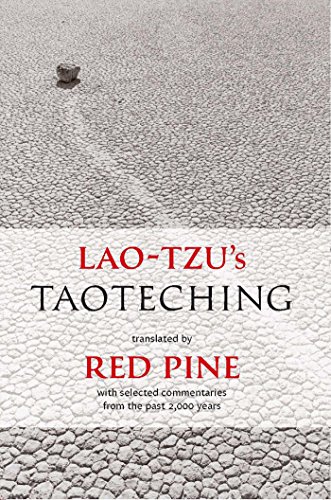 The long life of the "Taoteching."

When prose confronts the ineffable, the discussion or explanation can leave a person thinking that, because it's been discussed or explained, he understands. Poetry, on the other hand, is at once immediate and cryptic, a cry which defies explanation—one thing poetry shares with a good joke. That, and the ability to inspire unease.

All the Chinese sages except Lao-tzu spoke in prose. Lao-tzu's Taoteching is a book of poems about the Tao (the Way), and te (Virtue, the Way in action). The book's 81 verses or chapters employ by one count 28 different kinds of rhyme. Its classical Chinese characters, independent of dialect, admit of variant and or simultaneous interpretations.

Lao-tzu's manual of self-cultivation and self-defense perched between knowing and unknowing has held sway for over 2,500 years. Only the Bible (set down by many hands) and the Bhagavad Gita (one episode in an anonymous oral Sanskrit epic) have been translated more often. The Bible and the Gita reveal and elaborate what happens in the light. The Taoteching espouses detachment, embraces darkness, and addresses the solitary self before the social being. Lao-tzu treats long life as an end unto itself, and through selflessness espouses immortality, an end with no end.

A tall order for any translator.

As a man without Chinese, I'd love to have some idea of, some English analogy for, how Lao-tzu's poetry works. Sticking to those who wrote short, does the old sage sound like John Donne off the pulpit, Blake without the devil, or Emily Dickinson in Asia?

Lao-tzu wrote the Taoteching during the sixth century before the common era. He was already an old man when, according to Ssu-ma Ch'ien's Records of The Grand Historian of China, the young Confucius sought him out. The elder prefaced his remarks to the younger by observing that "the ancients you admire have been in the ground a long time. Their bones have turned to dust. Only their words remain."

Confucius and the later sages (who are ancients to us) left annals, ...