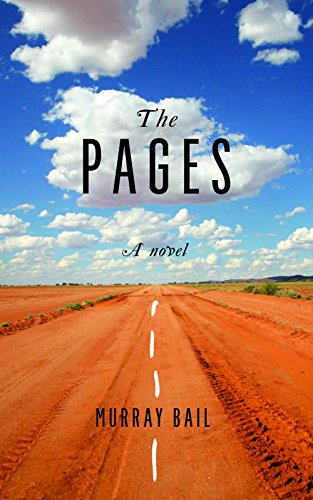 The story of a fictional Australian philosopher.

In 1919, Sherwood Anderson published Winesburg, Ohio, a tangle of vignettes preceded by a fable. The fable unravels from an old man's waking dream that "all of the men and women [he] ha[s] ever known ha[ve] become grotesques." Not that, the narrator hastily adds, the grotesques in the old man's dream are "all horrible. Some [are] amusing, some almost beautiful."

As for the fable itself, the old man writes it—"The Book of the Grotesque"—on rising from his bed. He begins by listing truths, and he catalogues so many that the narrator announces, "I will not try to tell you all of them," mentioning, instead, only a handful, from "the truth of virginity and the truth of passion" to the truths "of thrift and profligacy." Alongside the few truths that the narrator rattles off, though, "hundreds and hundreds" of others once littered the world—truths incommensurate and "all beautiful"—or so the old man's story goes. "And then the people came along," each "snatch[ing] up one of the truths and some who were quite strong snatch[ing] up a dozen of them. It was the truths," the old man concludes, "that made the people grotesques. [… For] the moment one of the people took one of the truths to himself, called it his truth, and tried to live his life by it, […] the truth he embraced became a falsehood."

Only in dreams and fables, of course, do our certainties disfigure us so quickly. In life, we callus gradually, and those things that we favor (weak ankles, fierce prejudices) take years to warp us. The same principle generally holds in good novels. In few novels, however, are the characters so self-conscious about the slow deformity being wrought in them as those written into Murray Bail's The Pages.

Consider Erica Hazelhurst, an unmarried Australian philosopher of 43, who begins this book by worrying that her habit of intellectual rigor has metastasized into a general severity. Indeed, it is the matter of whether she has "become a cold-hearted, off-putting ...