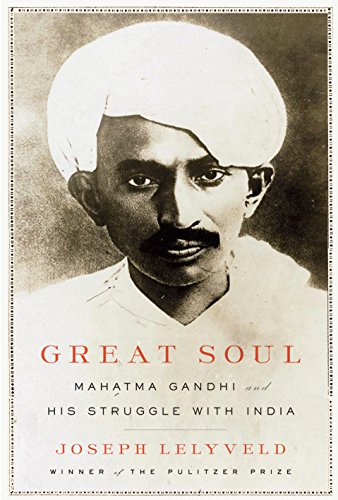 Those who know Mohandas Gandhi only as a saint will be surprised to learn that in India today he is often viewed skeptically. "Gandhi was a very shrewd Hindu," Christian activist Joseph D'Souza told me recently, and he did not mean it favorably. Gandhi is particularly disliked by Dalits (untouchables), the lowest and poorest of the caste groups—the very group whose concerns Gandhi carried most persistently, if patronizingly, through much of his life.

In Aravind Adiga's novel The White Tiger, posters of Gandhi decorate a corrupt official's wall. The Chinese premier, to whom protagonist Balram addresses the book, will be met at the airport with garlands and "small take-home sandalwood statues of Gandhi." The thought of that gift prompts Balram to "say that thing in English," a sentiment he claims only English can convey: "What a f_____ joke."

Gandhi's legacy is complicated, and so was the man himself: principled and yet self-contradicting, dedicated to the poor while out of touch with the reality of their lives, willing to die for truth and yet prone to rationalize, humble but insufferably sure of his rightness. Joseph Lelyveld, a Pulitzer Prize-winning journalist and former executive editor of the New York Times, thoroughly explores Gandhi's complex and ambiguous history in a rich and textured biography. He helps you understand why Gandhi was adored as few saints (and fewer politicians) ever have been; and also why he was thoroughly despised.

Gandhi launched his campaign for independence in 1915 on returning from South Africa, where he had lived almost all his adult life, and carried it on to his death in 1948. His approach was built on four pillars: Muslim-Hindu unity, the end of untouchability, nonviolence as a way of life, and (improbably) homespun yarn and handwoven fabrics as a self-sustaining cottage industry for India's villages. None of these was accomplished. His three decades of leadership left hardly a tangible trace on modern India—no important institutions, ...