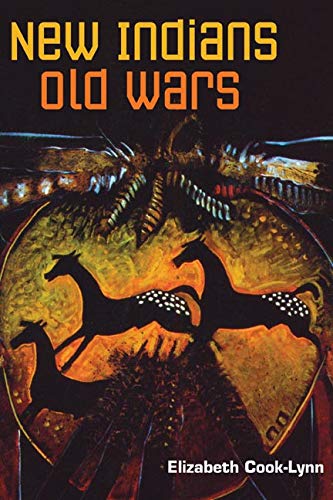 Elizabeth Cook-Lynn's New Indians, Old Wars argues that "the act of writing by American Indians has become a survival technique of major importance in researching and analyzing the hard issues of the day." In order to write in this manner, Indians need to be able to tell their own stories. Too often, Cook-Lynn suggests, Indian Studies scholars uncritically accept methods offered to their discipline by anthropology, history, literature, sociology and other fields. While helpful, these disciplines are deeply embedded in the Western narrative of liberal democracy. Under the guise of the United States federal government, such a narrative proved to be "an efficient colonizer and determined assimilator known throughout the world for its power to persuade and conquer." Cook-Lynn believes Indian Studies should introduce distinctive narratives if for no other reason than "narrative is the only refuge, the only place where one can raise one's spirits and teach the children."

Transcending her own vocation as a scholar is Cook-Lynn's identity as a member of the Crow Creek Sioux Tribe. A professor emerita of Native American Studies at Eastern Washington University, Cook-Lynn writes, "It is a great responsibility to be an Indian in America. One must do what one can to help the people. These essays attempt to tell something about that responsibility."