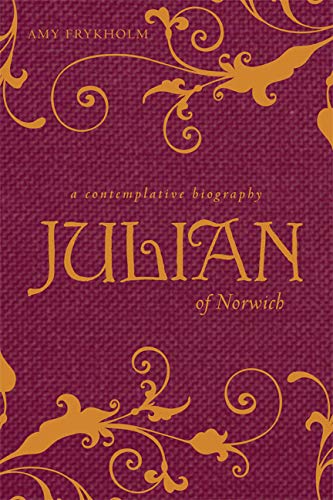 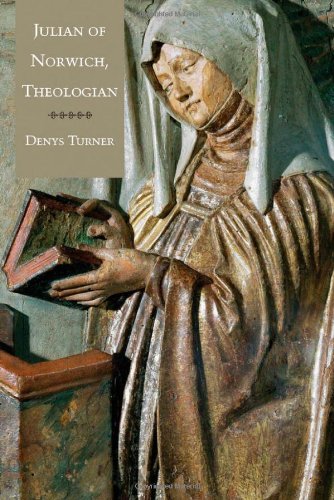 Love in the Face of Sin

About the woman who tells us that all shall be well we know little. We know she suffered a great illness, and during that illness Christ appeared to her and revealed a series of visions. We know she recovered and became an anchoress, living in an enclosure with a window through which she could pray with and counsel visitors. We know she wrote two texts—one shorter, one longer and more elaborate—in which she recorded her visions and scrutinized their meaning. We know that the question that animated her was sin: Why is there sin? How can God persist in loving us, in the face of sin? How to hold together sin and Love?

Two recent books take us deeply into Julian's questions. They are quite different books—they are written in different voices, and they make different assumptions about Julian and about their readers. But they both offer Julian as a woman of serious thought and serious prayer, they both present the lineaments of her theology with compelling clarity, and they both have reminded me that to turn Julian into a reassuring bumper sticker is to miss the point.

Amy Frykholm, author of an astute study of readers' response to the Left Behind series and an editor at The Christian Century, has audaciously done something many people would have said was not possible: despite the dearth of data about Julian's life, Frykholm has written her biography. Frykholm has combined a careful reading of Julian's writings (at times scrupulous, at times midrashic, but at all times attentive) with a deep immersion in the scholarship on 14th-century England to offer an informed and absorbing, if also speculative, account of Julian's life.

Frykholm's most daring biographical conjecture is that Julian probably had a child who died in the plague. (Other scholars have suggested that Julian may have never married.) Frykholm reasons that Julian's experience of the plague underpinned her preoccupation with sin: "Watching friends and neighbors and also her own child die showed Julian that sin and pestilence had little correlation." The plague, and her child's death, confirmed the undeniable reality of sin and suffering but also provoked questions: What was the point of suffering? Why was sin allowed? Frykholm also imagines how Julian of Norwich became so theologically learned. In her reconstruction, after Julian recovered from her illness, she sought out a teacher, a friar who could help her make sense of the visions she'd received while sick. This friar taught her lectio divina, and later encouraged her to write down the revelations she had received. And Frykholm suggests that, long before she became an anchoress, Julian may have been part of a group of pious women who met regularly for matins. "These women knew that with the persistence of Julian's questions and the teaching she was receiving," muses Frykholm, "she needed more space and more time to pray and write. Every one of them struggled with the dichotomy of Mary and Martha—they wanted more time to devote to spiritual things, but their households demanded much …. [M]ore than any of them, Julian desired time to mediate on her 'ghostly sights' and to write of them. Her writing … mattered to all of them, and they were eager to see her fully devoted to it." It was these women who helped Julian pursue the vocation of anchoress.

In the context of this reconstruction of Julian's life, Frykholm offers many insights about Julian's theology. First, she notes the significance of Julian's writing in English. If Latin was the language of the liturgy and French the language of the marketplace, English was the language of practicality: "people used English to tell stories and sing songs. English was the language of gossip." It could "exude both intimacy and power," and it was a developing language, not yet formalized into concrete "grammatical certainties." It was "a language in which the rules were not so well established that they couldn't be broken." In this reading, English is a not just the language in which Julian wrote, it is a metaphor for her thought. Julian too wrote beyond the bounds of certainties; she used an established theological idiom, but she stretched what that idiom wanted to say. She spoke the church's language, but over many prayerful years, argues Frykholm, she came to her own understanding of sin and suffering. She came to see that the suffering of Christ on the cross "was not an empty black hole of despair. Instead it was the suffering of giving birth …. Jesus' pain was the pain of compassion, the pain of a mother in labor. She saw that Jesus was our mother, giving birth to us on the cross. She saw that we are endlessly born and yet we never come out of God."