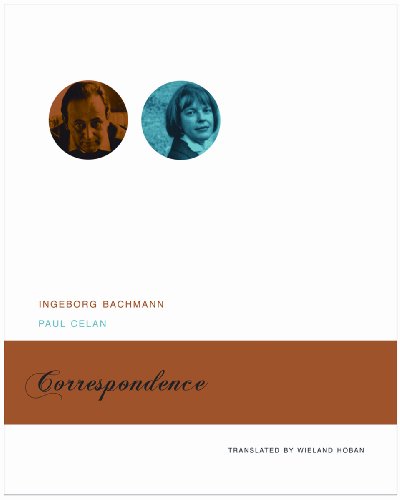 Paul Celan was a man whose home country was poetry itself; almost every other form of citizenship remained dangerously in flux throughout his life. Born Paul Antschel into a Jewish-Romanian family in 1920, Celan grew up speaking German, studied medicine in Paris as a teenager, returned home, lost his parents in the Holocaust, and was himself sent to a fascist-run work camp in Romania for three years. He escaped to Bucharest, changed his name several times, and in 1947 fled again to Vienna, where he met Ingeborg Bachmann, a beautiful 21-year-old doctoral student researching Heidegger. He fell in love with her.

"Today something else happened," Bachmann wrote to her parents in May 1948. "The surrealist poet Paul Celan, whom I had just met two nights earlier with Weigel, and who is very fascinating, has, splendidly enough, fallen in love with me, which adds a little spice to my dreary work. Unfortunately he has to go to Paris in a month. My room is a poppy field at the moment, as he inundates me with this flower."

The feelings were mutual. That Christmas she wrote: "Dear, dear Paul! Yesterday and today I thought a great deal about you—or about us, if you will. […] Someone suddenly gave me your book of poems as a gift. I didn't know it had come out. That was so … the ground was so light and buoyant beneath me, and my hand was trembling a little, just a very little bit." But this was one of many more honest, open letters Ingeborg Bachmann never sent.

Perhaps because he didn't receive it, and also perhaps because he sensed that he was "a little spice" to the busy young intellectual—who had grown up in relative privilege and safety—Celan would settle permanently in Paris, eventually marrying the equally beautiful Gisele Lestrange, a young painter to whom he wrote an even greater volume of love letters. They would have two sons: Francois, who died in childbirth, and Eric, who survives.

But Celan's feelings for Bachmann continued to manifest themselves, ...