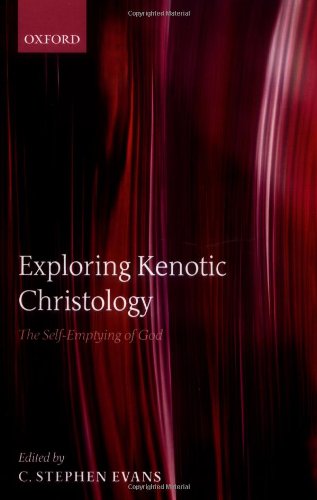 Orthodox Christians affirm the basic Christological parameters set out at the Council of Chalcedon in AD 451: Jesus was truly divine and truly human, one person in two natures. Such Christians also affirm that no one can comprehend just how the Second Person of the Trinity became human. Recent theology, however, has returned to the category of kenosis to see if it can render at least a little more coherent this paradox of the Incarnation, and a fine sampling of this new conversation can be found in the essays collected by philosopher C. Stephen Evans in Exploring Kenotic Christology: The Self-Emptying of God.

The paradox has long delighted preachers and poets, even as it has vexed theologians. How can the Logos sleep as an infant in his mother's arms? How can the Son who is co-eternal with the Father and in whom "all the fullness of the Godhead dwells" (Col. 2:9) possibly "grow in wisdom" (Luke 2:52)? How can the light of the world who enlightens everyone (John 1:9) not know some things (Mark 13:32)? How can he who created and sustains the cosmos and who brings eternal life to the world somehow suffer, die, and be buried, as the Apostles' Creed declares?

The traditional Christian answer is that the Son of God took on humanity, adding to his divinity the reality of human being. In some way we do not understand, the respective traits and experiences of Christ's divinity and humanity were shared in his single person, what is known theologically as the communicatio idiomatum.

Several related problems have always been implied by this rendering of the Incarnation. These problems have been addressed by kenotic theology, which is best known (and stigmatized) as a 19th-century movement in Germany and then Britain that erred too far on the "human" side of the Chalcedonian affirmation. (Thomas Thompson provides a full account of this story as part of his participation in this book.) But philosophers and theologians today (notably contributors Stephen Davis and Ronald Feenstra) are ...