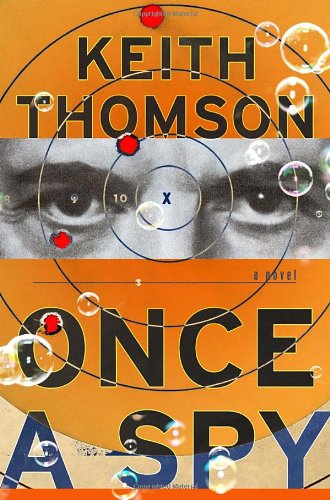 Fugitive occasional pieces by interesting writers sometimes turn out to be treasures. Such is the case with Eric Ambler's introduction to the 1990 Mysterious Press reissue of his first novel, The Dark Frontier (1936). Ambler explains that, amid "the welter of impulses" that pushed him to write the book, "the wish to parody was, at first, central. I intended to make fun of the old secret service adventure thriller as written by E. Phillips Oppenheim, John Buchan, Dornford Yates and their cruder imitators; and I meant to do it by placing some of their antique fantasies in the context of a contemporary reality. For plot purposes, the reality I thought I needed was one of those … dark conspiracies of evil men … that will succeed unless our hero can arrive in the nick of time to foil the wicked in their devilish moment of near triumph. The development of an atomic bomb in a small Balkan state ruled by a corrupt Fascist-style oligarchy was likely, I thought, to yield an interesting crop of villains."

But the book did not proceed according to plan. What started as a parody mutated to become "a thriller with a difference." In part, Ambler suggests, this was because parody requires a sharply limited scale of operations. Also, he reflects, if he was determined "to fool with matters that should be taken seriously"—the threat posed by the atomic bomb, though not "immediately present" in the mid-1930s, was nothing to be trifled with—perhaps he would have been better off to "discard the idea of parody" altogether. And finally, he acknowledges, "one of the hidden dangers of parody is that one may find oneself actually enjoying the process of writing 'in the manner of ' some excruciatingly awful stylists."

Flash forward three-quarters of a century from the publication of The Dark Frontier to the appearance of Keith Thomson's first novel, Once a Spy. (If you are a regular reader of fiction—many subscribers to Books & Culture are not—and if, in particular, ...